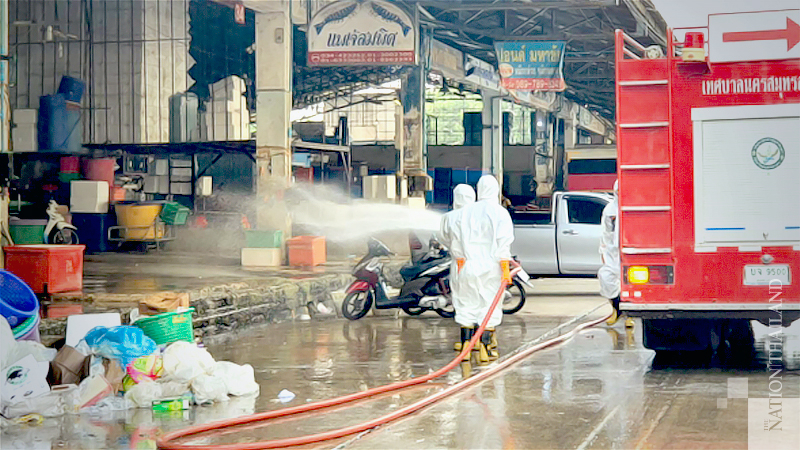 The new wave of Covid-19 in Samut Sakhon province that has led to a lockdown from December 19 to January 3 will cost the economy at least Bt45 billion in one month, Kasikorn Research Centre said on Wednesday.

“The damages can be categorised in three parts. The first is approximately Bt13-billion damage to the fishery and seafood industry as Samut Sakhon is responsible for the production of 40 per cent of the country’s seafood,” the centre said.

“The second is the damage due to a cancellation of New Year activities in Samut Sakhon and nearby provinces, including Bangkok. It is estimated that people in these areas would have spent around Bt15 billion on New Year parties, dining out and gifts,” it said.

“Lastly is the damage to domestic tourism, estimated at Bt17 billion, or about 30 per cent of total tourism income in one month. This estimation is under the assumption that intra-provincial travel is still allowed,” it added.

Meanwhile, Thanawat Polwichai, an adviser at the University of the Thai Chamber of Commerce’s Centre for Economic and Business Forecasting, said the outbreak in Samut Sakhon will affect the province’s economy to the tune of around Bt1 billion per day, as 70 per cent of its industry relies on seafood products while seafood markets are now being shut down to curb the outbreak.

“Ultimately, the provincial lockdown will affect the whole Thai economy – at Bt45 billion to Bt46 billion per month, or 0.2 to 0.3 per cent of the country’s GDP,” he said.

“However, if there is a countrywide lockdown similar to early this year, the GDP would take a hit by at least 12 per cent,” he said.

Despite the new outbreak, the centre is still sticking by its estimation of 2020 GDP at 6.3 per cent contraction and an expansion of 2.8 per cent next year.

Samut Sakhon Governor Veerasak Vichitsangsri said on Tuesday that the number of infected people in the province had risen to 1,063.