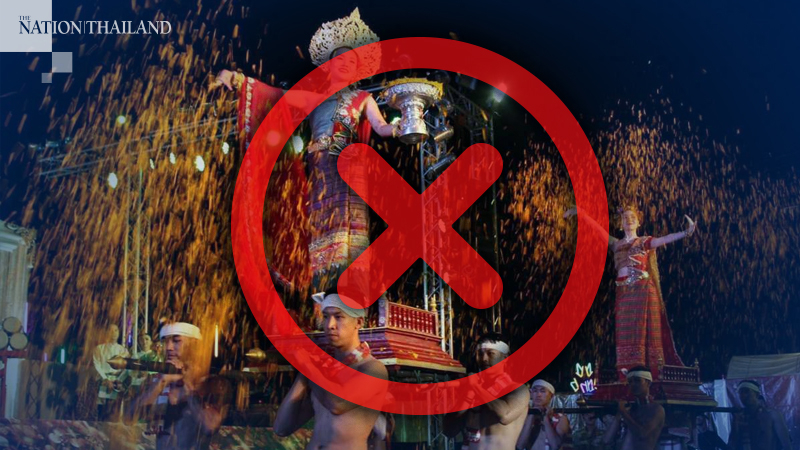 Chiang Mai governor has cancelled the winter festival and has made the Red Cross fair virtual after the province’s 50th Covid-19 case was discovered.

The 25-year-old food vendor’s timeline showed that she had visited flea markets and entertainment venues in Chiang Mai, Lampang and Phrae.

The patient first developed a high fever, cough, sore throat and headache on Sunday. Seven days before that she had travelled to Lampang and Phrae.

The patient’s movements from December 26 to Monday are as follows:

At home all day.

4.30pm: Driving off to Phrae with her mother and picking up friends along the way.

7.30pm: Arriving at a friend’s house to attend a birthday party and staying there overnight.

1pm: Heading back to Chiang Mai.

Chiang Mai Communicable Disease Committee has ordered that the five entertainment venues the patient visited in the province be closed for three days from Monday and members of staff quarantined for 14 days.

Chiang Mai governor Charoenrit Sanguansat has announced that everyone entering the province via all channels must register themselves using the “CM Chana” application, while travellers from 28 “red” provinces must be quarantined for 14 days.

Pubs, bars, karaoke joints must close at 11pm and can reopen at 5am. All customers must register through the “Thai Chana” application only.

Entertainment venues can only be 75 per cent full, no dancing allowed and people from “red” provinces will not be allowed to enter.

The authorities have cancelled the winter festival, which was to run until January 10, with the exception of the Miss Chiang Mai beauty pageant, which will be held but with limited participants. The Red Cross lottery event will be held, but will be broadcast live.