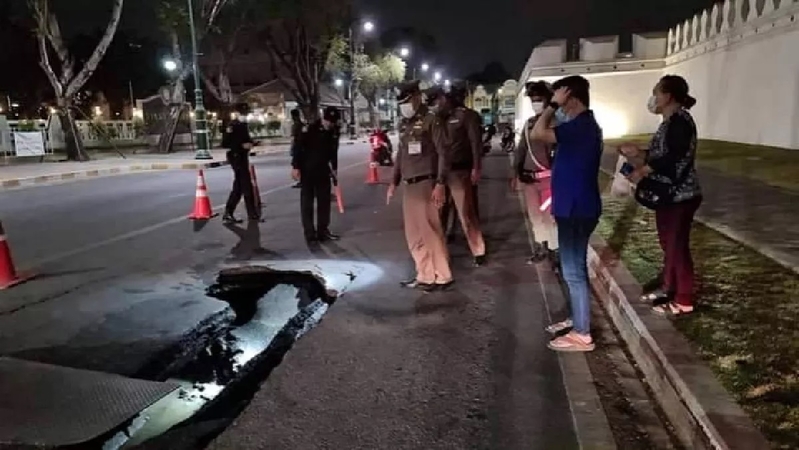 A sinkhole appeared on Maha Rat Road in front of the Navy Club, near Wat Phra Si Rattana Satsadaram or Temple of the Emerald Buddha in Bangkok’s Phra Nakhon district on Monday night. 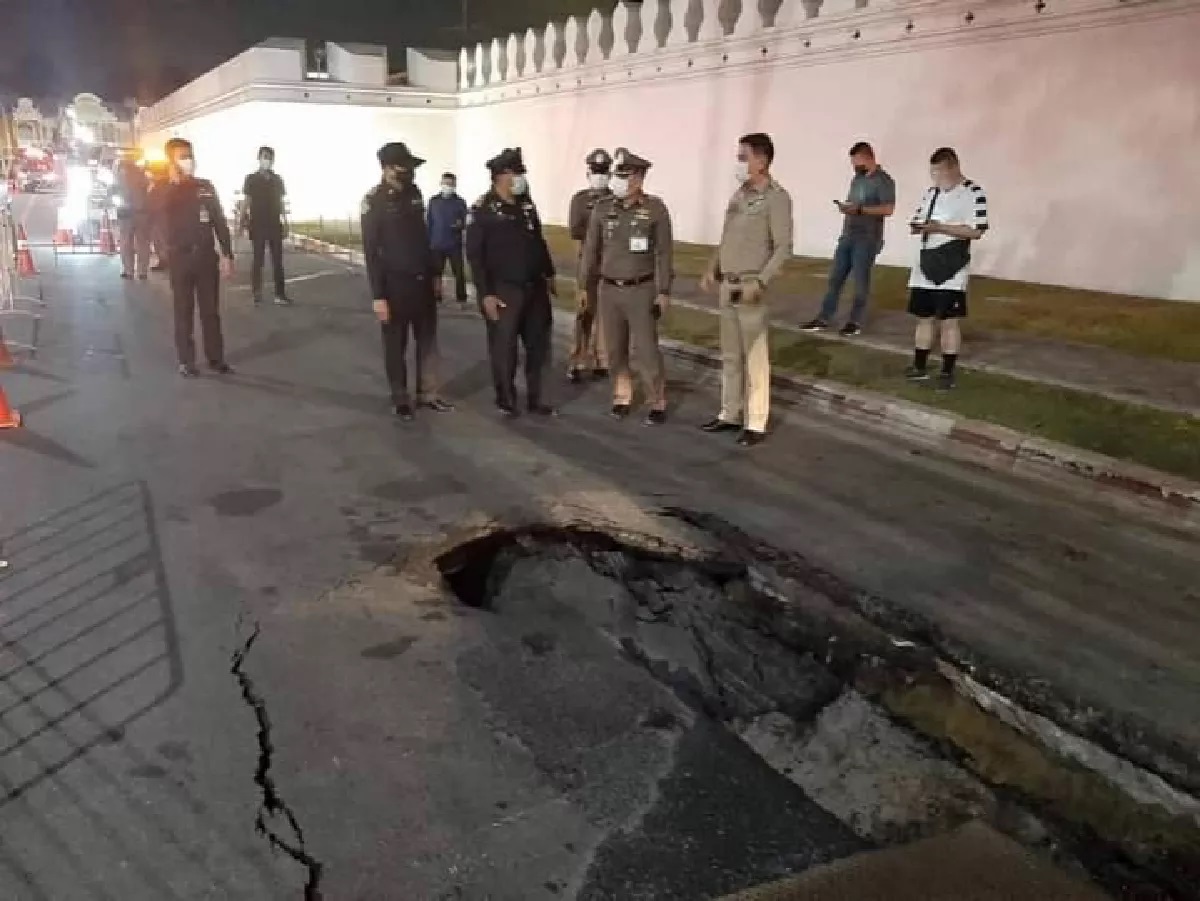 “Initial reports revealed that a car that was passing over the hole was slightly damaged, but no one was injured.”

Police have laid a metal sheet to cover a patt of the hole and closed off the traffic lane on Maha Rat Road leading to the police station, while the other lane that leads to Phrachan Pier is still usable. 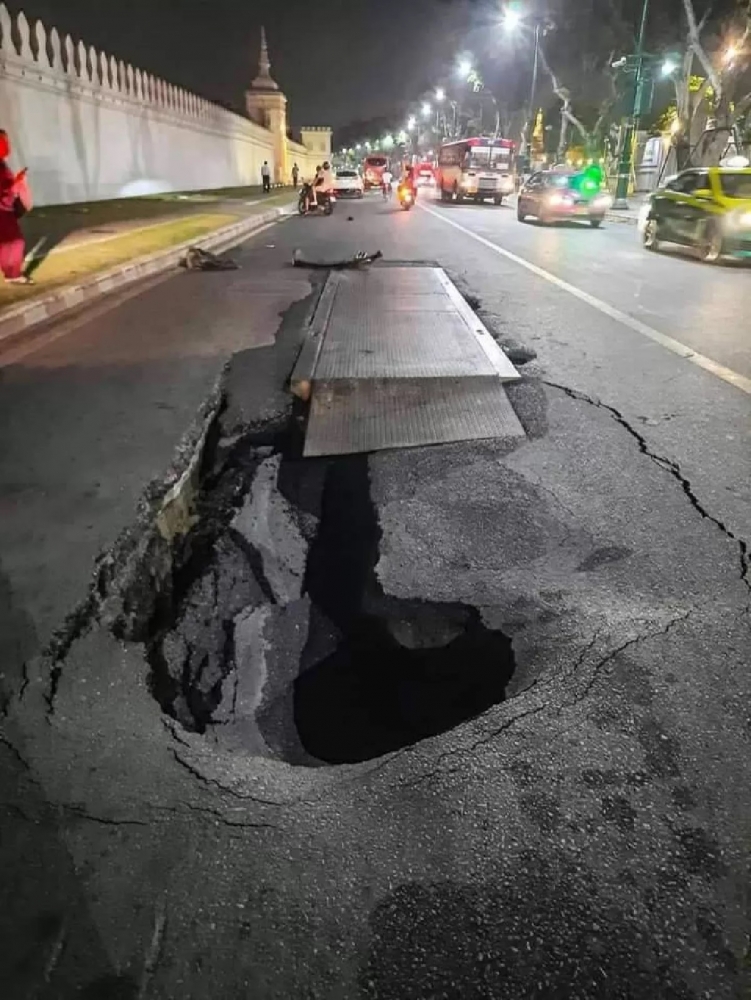 Officials have contacted Bangkok’s Public Works Department to inspect and repair the road surface immediately. They speculated that the sinkhole could have occurred due to work by the Metropolitan Electricity Authority to move powerlines along the road underground.

Police expect to open the traffic lane as normal on Tuesday morning. 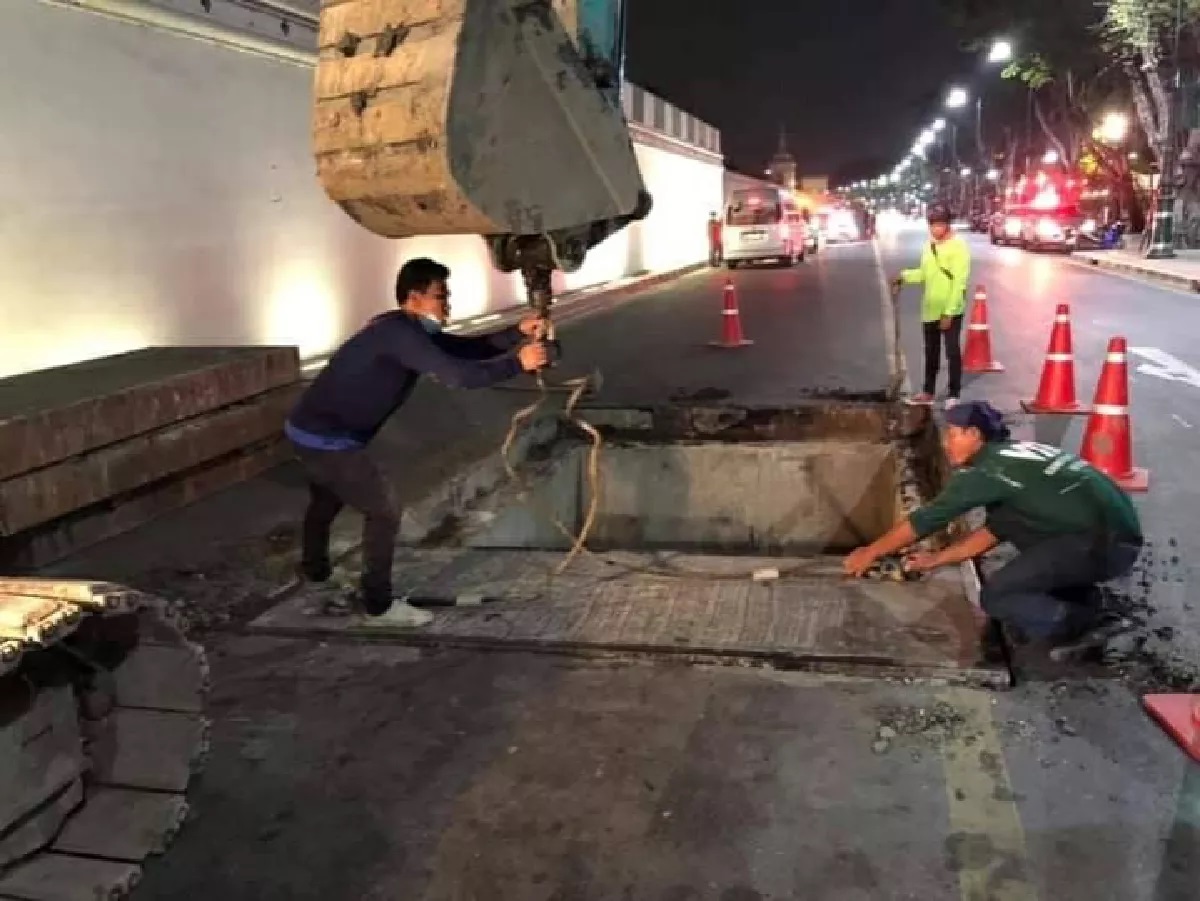