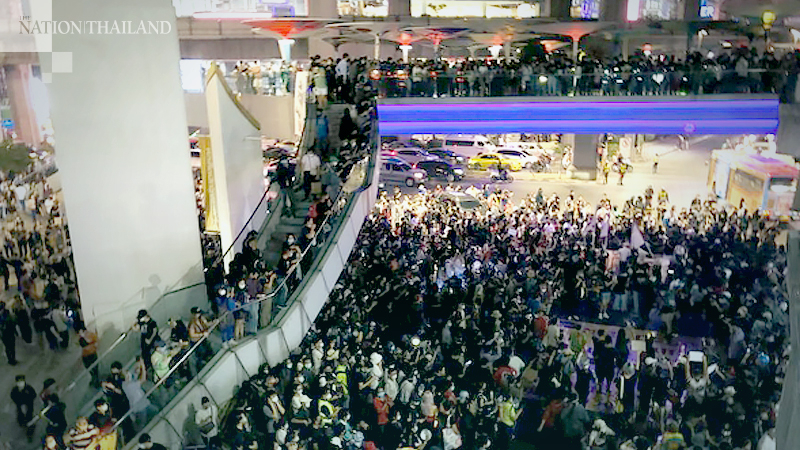 The demonstration organised by the Ratsadon pro-democracy group on Wednesday ended at around 9pm in front of Pathumwan Police Station, shortly after officers released 12 protesters they had arrested earlier, while the group announced that it would hold a no-confidence debate against the government outside Parliament next week.

The protest started on Bangkok’s Pathumwan Skywalk at 4pm in a demonstration dubbed “hitting pots to banish dictators”.

The Pathumwan protesters also handed out stickers to passers-by reading “we do not want Article 112”, referring to the lese majeste law.

Police have charged dozens of people with lese majeste over their participation in pro-democracy protests in the past few months.

At 7.30pm, protesters marched to Pathumwan Police Station, which is about 2 kilometres from the Skywalk, urging officers to release the arrested members. 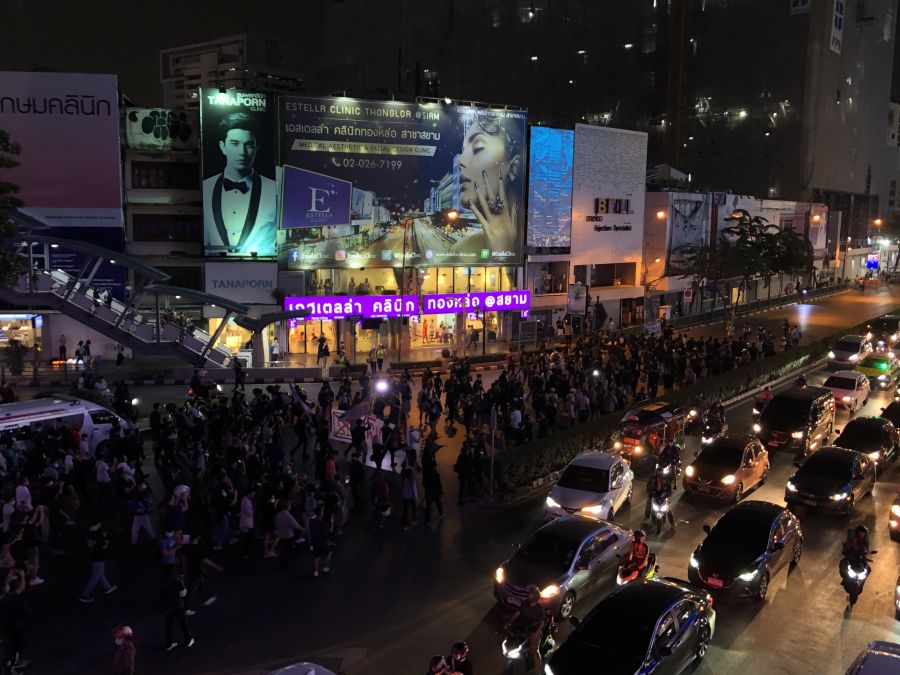 At 8.45pm, police released the 12 after negotiations with Methee Amornwutkul, a representative of the Ratsadon’s guard unit.

At 9pm, one of Ratsadon’s leaders, Panasaya “Rung” Sithijirawattanakul, announced the group would hold a no-confidence debate against the government outside Parliament from February 16 to 19, and details would be revealed later.

Wednesday’s protest then came to an end. 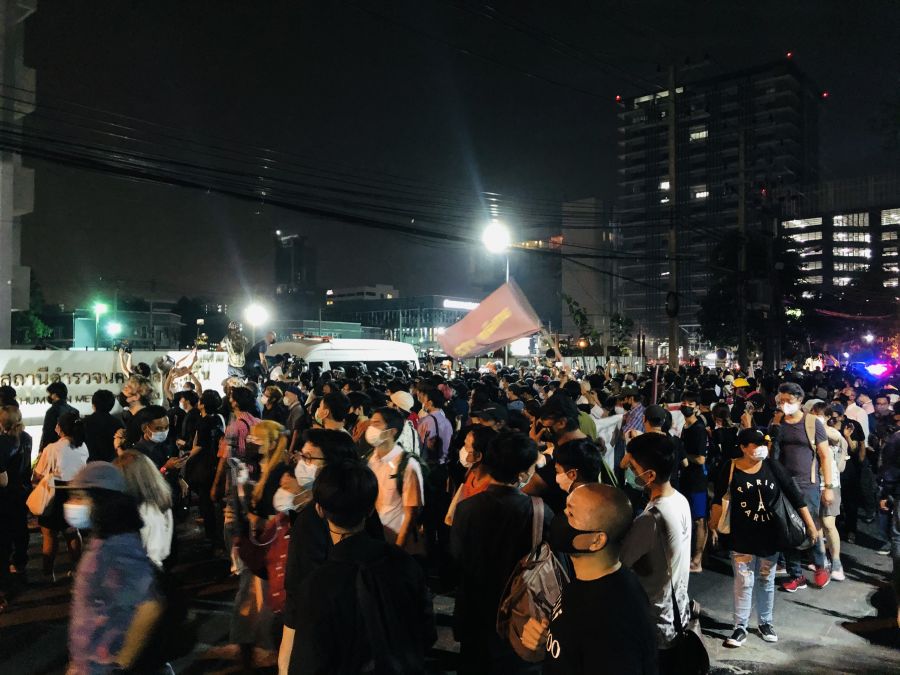 A news source reported that while the arrested protesters were being released, three explosive sounds were heard in Soi Chula 5 behind the police station, causing the demonstrators to back away from the area. Witnesses reportedly said the explosions sounded like ping pong bombs. There was no report of any injuries. 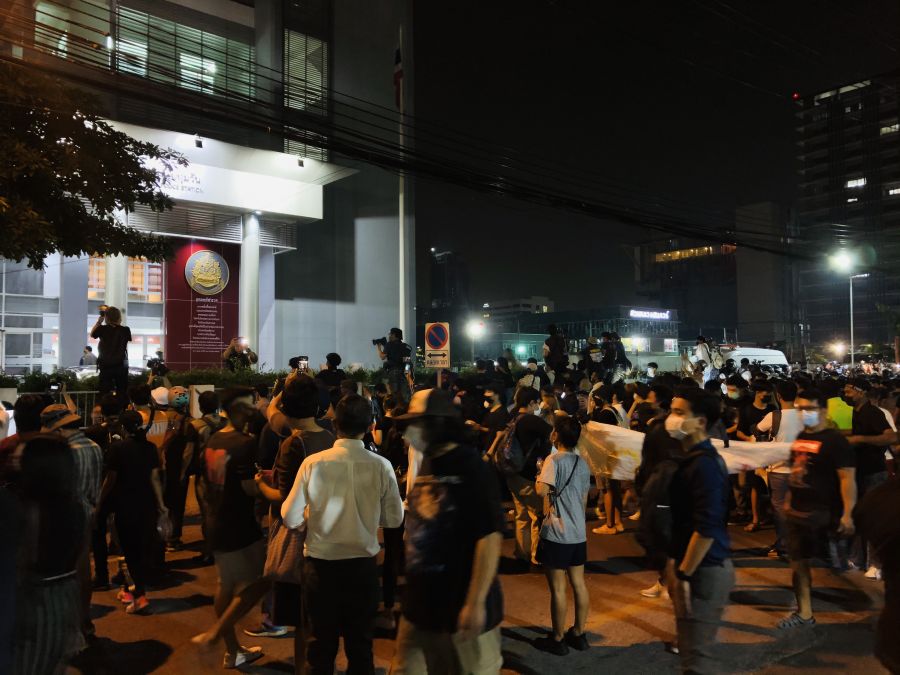 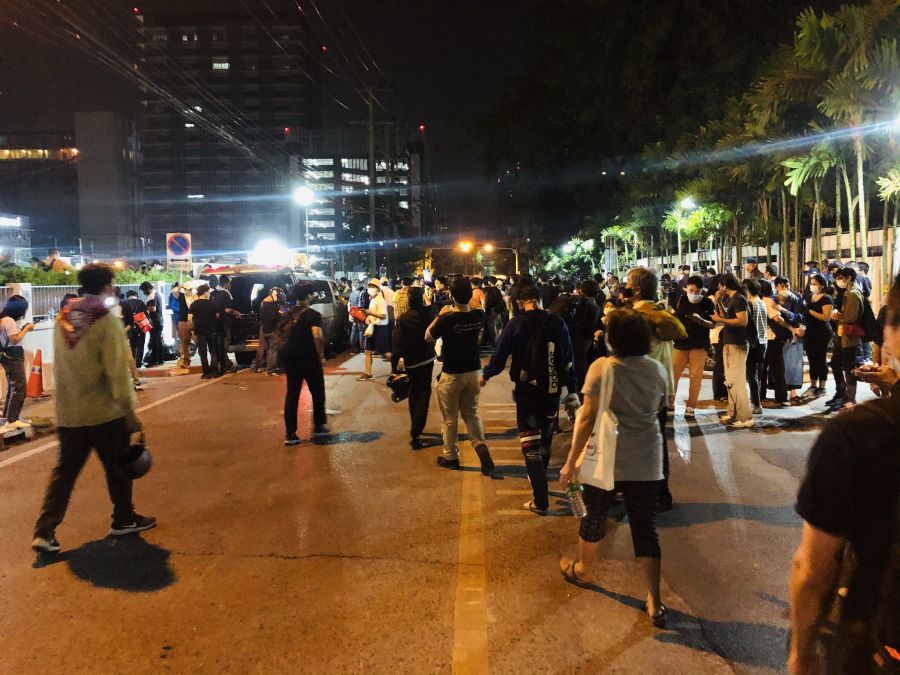