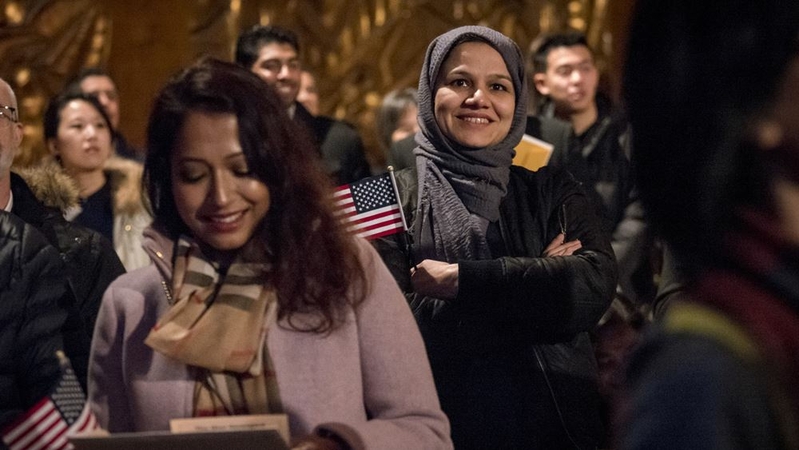 Applicants for U.S. citizenship listen to a presentation during a naturalization ceremony at the Paramount Theatre in Oakland, Calif., on Feb. 13, 2019. MUST CREDIT: Bloomberg photo by David Paul Morris

President Joe Biden's proposed immigration overhaul was introduced in Congress on Thursday, kicking off what will likely be one of his most difficult legislative challenges.

The legislation, known as the U.S. Citizenship Act of 2021, hews closely to the outline that Biden sent to Congress on his first day in office. The proposal includes an eight-year path to citizenship for most of the roughly 11 million immigrants living illegally in the U.S., bolsters the nation's refugee and asylum systems and calls for additional technology to be used to help secure the southern border.

The citizenship path is not conditional on the implementation of border security measures, which had been a trade-off included in past immigration bills designed to earn Republican support.

Linda Sánchez, D-Calif., sponsored the bill in the House. Robert Menendez, D-N.J., is its chief sponsor in the Senate.

Previous attempts to reform the nation's immigration system have failed over the past two decades, and Biden's bill could face an even more daunting path because GOP lawmakers' opposition to legalizing undocumented immigrants, which they decry as amnesty, hardened during the Trump era.

The White House previously signaled it is open to breaking the package into pieces and presenting them separately to win over at least some Republicans. Biden said in a CNN town hall event on Tuesday that smaller measures could help fix the system "in the meantime."

Yet his team plans to defer to leaders in the House and Senate on the best path forward, including whether to try to use a procedural maneuver known as budget reconciliation to pass it with only Democratic votes while building support for broader legislation. The Democrats are employing the reconciliation process to pass Biden's $1.9 trillion coronavirus relief plan.

Menendez said Thursday during a virtual news conference that it's time to go big on an immigration overhaul after calling former President Donald Trump's immigration policies "a cornerstone of Trump's hateful horror show."

Menendez said lawmakers won't know if they can get 60 votes in the Senate until they try, which would be necessary to vote on the bill without using the reconciliation process.

"We will never win an argument we don't have the courage to make," he said. 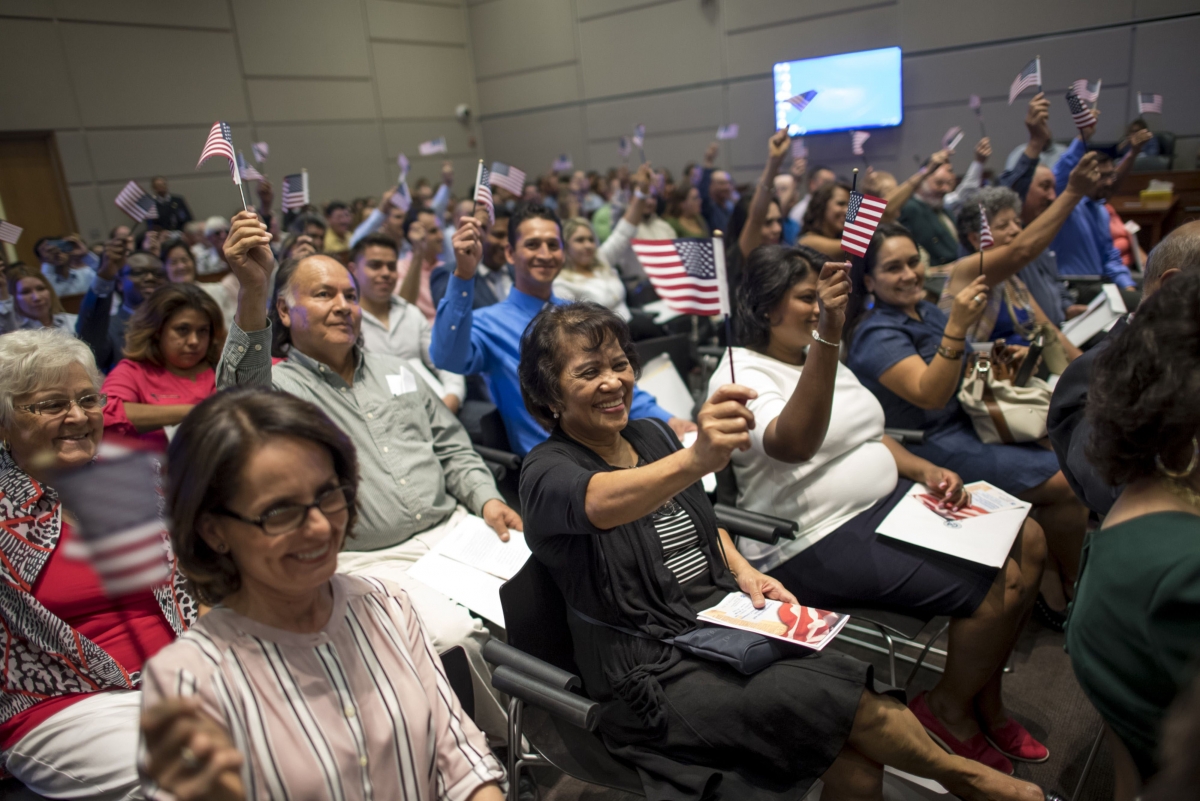 Menendez said some Republicans want portions of the package - like provisions for farmworkers or tech workers - but he made clear he wants a broad path to citizenship in return. It's possible portions of the package could eventually move separately, including in a second budget reconciliation bill Democrats are planning on later this year, which would not need Republican votes, the senator said.

Menendez said there is a strong argument to be made that some provisions should be eligible because immigration has substantial budget impacts. Senate rules restrict what kinds of provisions can be included in a bill moving through reconciliation.

"We are not foreclosing any pathway," Menendez said.

Several other bills could serve as vehicles to move parts of the Biden plan.

A bipartisan group of lawmakers has reintroduced the Dream Act, which would offer deportation protections and a citizenship path to immigrants, known as Dreamers, who were brought illegally to the U.S. as children. Democrats have also supported legislation that would offer immediate relief to farmworkers.

Biden's proposal makes Dreamers, farmworkers and migrants with temporary protected status eligible to apply for permanent legal residence right away, which would allow them to apply for citizenship within three years. That faster path to citizenship is meant to signal that those groups are important, but it doesn't mean the White House has decided to pursue piecemeal bills to protect them, an administration official said on Wednesday.

Only immigrants who were in the country on or before Jan. 1, 2021 would be eligible for the legalization process.

Rep. Joaquin Castro, D-Texas, is also introducing a bill that would offer permanent legal status to about 5 million undocumented immigrants who have worked in front-line jobs during the coronavirus pandemic, as well as so-called Dreamers and those with temporary protected status.

The Menendez-Sánchez legislation would also expand legal immigration for those seeking employment- and family-based visas by clearing backlogs of those waiting for green cards, lifting per-country visa caps, and exempting spouses and minor children from annual green card quotas.

It also contains provisions designed to please labor unions, which have in the past complained that certain visa programs allow companies to employ lower-paid migrant workers instead of American citizens. The bill would tie green card levels to macroeconomic conditions and establish a commission on workplace conditions composed of union officials, civil rights advocates and others, administration officials said.

Biden has already signed a number of executive actions intended to roll back Trump's hard-line immigration policies, including reversing a travel ban on some predominantly Muslim nations, allowing certain asylum seekers to begin entering the U.S. while their cases are being processed and beginning the process of winding down Trump's "public charge" rule, which sought to deny green cards to immigrants who used Medicaid, food stamps, housing vouchers or other forms of government assistance.

The president also ordered construction halted on Trump's wall at the Mexican border. His proclamation rescinded the national emergency that Trump declared to secure funding for the project.

The administration is facing pressure from business groups to end Trump's bans on most work visas, which the former president put in place shortly after the pandemic hit the U.S. The White House has put the visa bans under review but has yet to revoke them.