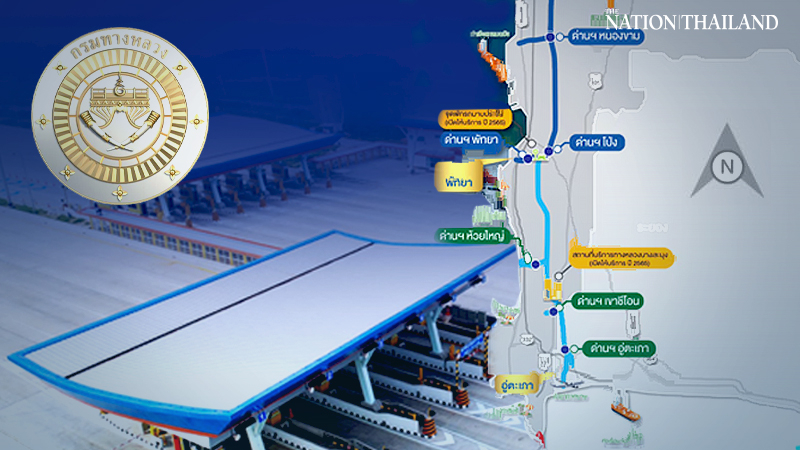 The Department of Highways announced on its Facebook page on Friday that toll fee would be collected for using an extension of the motorway connecting Pattaya city in Chonburi province with Map Ta Phut in Rayong province – from next Monday.

The department explained that this extension is a completely closed system, with assistance for travellers around the clock.