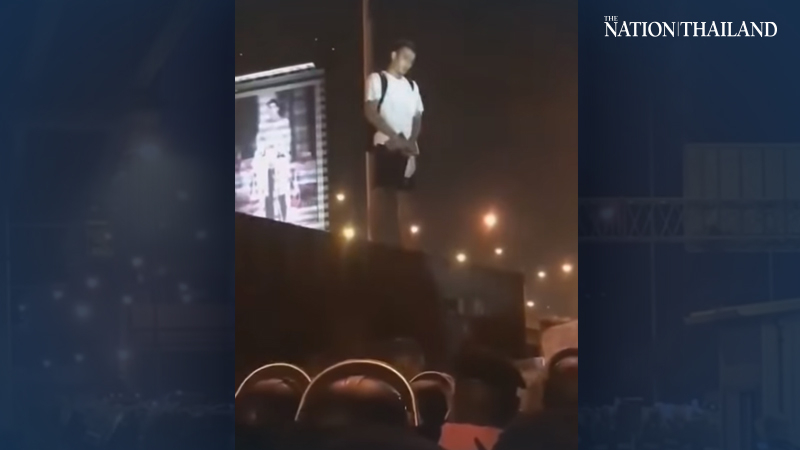 The video clip of a pro-democracy protester from the REDEM (Restore Democracy) group urinating on a riot police officer’s head has created quite a furore on social media.

The clip shows a protester climbing up on a shipping container used as a barrier outside the 1st Infantry Regiment compound on Sunday night before spraying the officer below.

The protesters were trying to make their way to Prime Minister Prayut Chan-o-cha’s house in the compound to demand his resignation.

The clip recording the “pee protest” won different reactions on social media, with some saying it was “just desserts” for the police crackdown on protesters, while others said it was unacceptable.

Police cracked down on protesters on Sunday night, hitting them with water cannons, tear gas and even rubber bullets.

The Erawan Emergency Medical Service Centre reported 32 injuries, 22 of whom were police officers, while one police officer died from a heart attack in the chaos.