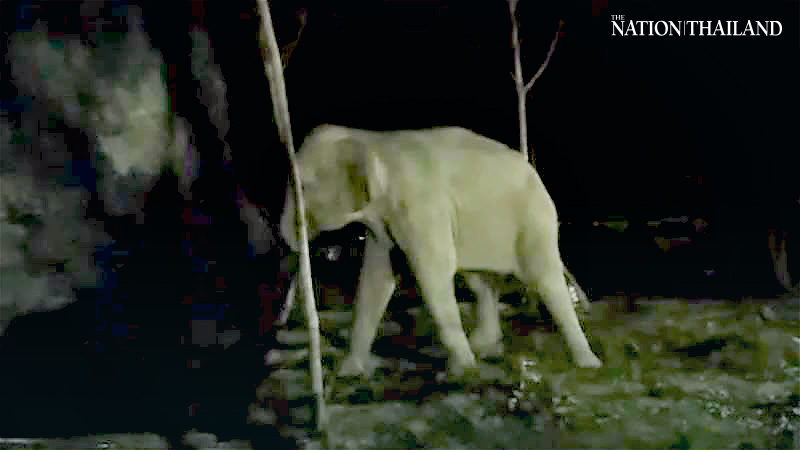 The Department of National Parks, Wildlife and Plant Conservation (DNP) said on Tuesday that veterinarians and forest officials were successful in treating an ill elephant in Chanthaburi province.

On Sunday, veterinarians were called to help a wild elephant, who had been found lying in a rubber plantation. A younger elephant, believed to be the ill animal’s offspring, was nearby guarding its mother.

Veterinarians could only get close to the ill pachyderm after they had tranquilised the young one. But when they got to her, they managed to inject her with glucose, vitamins and medication.

According to a DNP Facebook post, officials had on Monday tried to use a winch to lift the animal, as it could not stand on its own. However, the effort was in vain as the animal would not allow the use of the equipment.

Eventually, at around 9pm, the elephant stood up on her own and walked out of the plantation.

The vets and forestry officials followed the animal and found her soaking in water before she walked into the forest to join her herd.