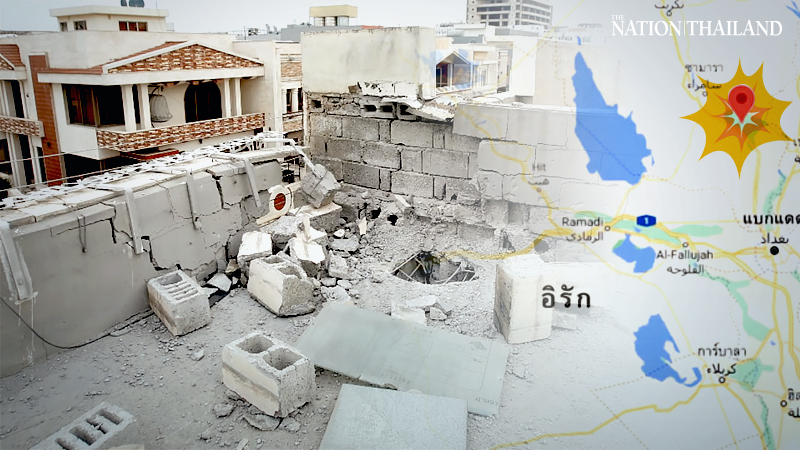 BAGHDAD - A U.S. contractor died during rocket attacks on an Iraqi military base Wednesday, the Pentagon said, posing a fresh challenge to the Biden administration days after it launched military action in retaliation for an earlier attack.

Iraq's military said that 10 Grad rockets had landed on the Ain al-Asad air base in the western province of Anbar, and that the vehicle they were launched from had also been located. Around half of the rockets were intercepted by a U.S. aerial defense system, American and Iraqi officials said.

"A U.S. civilian contractor suffered a cardiac episode while sheltering and sadly passed away shortly after," said Pentagon spokesman John Kirby, sharing no further information about the person's identity. "There are no current reports of U.S. service member injuries, and all are accounted for."

The attack came during an acutely sensitive period for the President Joe Biden and the Iraqi government. While similar rocket attacks have routinely been claimed by or blamed on Iran-backed militia groups, Washington is trying to blunt the tensions that soared between Washington and Tehran during President Donald Trump's years in office.

Biden said Wednesday: "We are following that through right now. Thank God no one was killed by the rocket. One individual, a contractor, died of a heart attack. But we're identifying who's responsible, and we'll make judgments from that point."

Western officials point to Biden's response to rocket attacks on U.S. service personnel in Iraq last week as a case in point. Although the strikes resulted in the first unilateral military action of Biden's presidency, the Iran-backed militants it targeted were across the border in Syria, not Iraq, a move that seemed consciously calibrated to avoid further escalation.

In Baghdad, meanwhile, officials have all hands on deck for the arrival of Pope Francis on Friday, with the pontif's visit representing an opportunity for the embattled government here to showcase Iraq's relative stability in the wake of the Islamic State's military defeat.

"Iraqi security forces are on scene and investigating. We cannot attribute responsibility at this time, and we do not have a complete picture of the extent of the damage," Kirby said in a statement. "We stand by as needed to assist our Iraqi partners as they investigate."

Rocket attacks on U.S. diplomatic and military targets have escalated in the year since Trump ordered the killing of Iran's most influential military strategist, Maj. Gen. Qasem Soleimani, and the Iraqi militia leader, Abu Mahdi al-Muhandis, responsible for maintaining cohesion among the country's disparate network of militia groups.

Recent attacks on U.S.-linked bases have been claimed by splinter groups that have announced themselves since the deaths of Soleimani and Muhandis. Although U.S. officials say that those groups are backed by Iran, the extent of Tehran's control over individual attacks remains unclear.

As night fell Wednesday, there was no claim of responsibility for the latest rocket attacks.