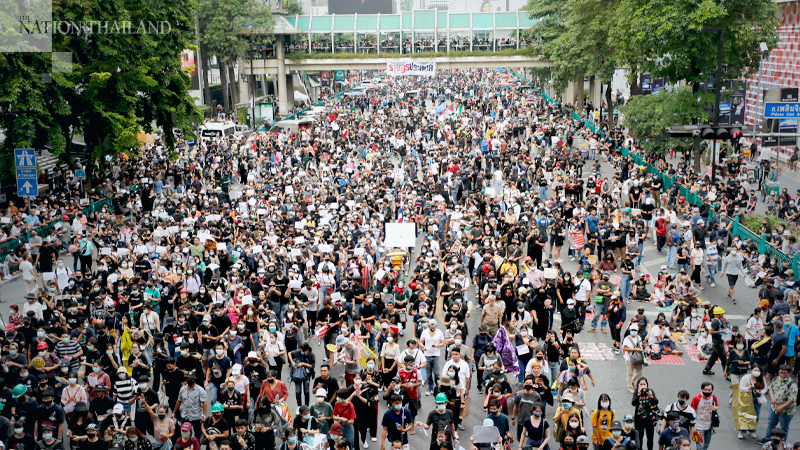 Five groups of protesters have scheduled rallies at various locations in Bangkok on Saturday, a news source revealed.

1. The “REDEM” group has scheduled a gathering at Ha Yaek Lat Phrao at 5pm, before marching to the Criminal Court on Ratchadapisek Road. They have announced that their activity will end at 9pm.

2. The “Anti-Dictatorship Vocational Students” group has scheduled a gathering at Victory Monument at 5pm.

3. The “Release Our Friends” group has scheduled a rally in front of Tesco Lotus Rangsit branch, and will later march to 11th Infantry Regiment Headquarters.

4. Pro-democracy activist Jatupat “Pai Dao Din” Boonpatararaksa has organised a walking rally from in front of Zeer Rangsit Department Store at 9am and ending at Kasetsart University at 4pm, for a total distance of 16km.

5. The “Vocational Group Protecting the Monarch” plans a rally at the Ratchaprasong intersection and in front of CentralWorld Department Store.

All except the last group are anti-government protesters.

Metropolitan Police chief Pol Lt-General Phukphong Phongpetra said on Friday that police have prepared 32 companies of crowd control police (4,800 officers) who are ready to be deployed at either rally site if necessary. “These officers will stand by in three shifts to ensure public safety,” he added.