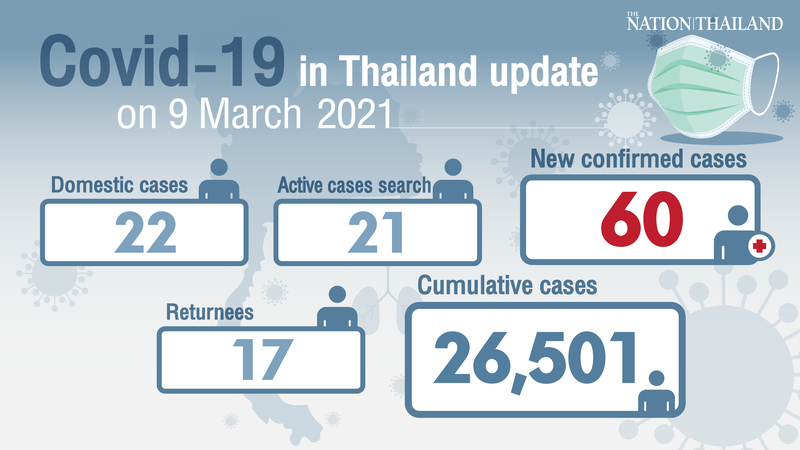 The Centre for Covid-19 Situation Administration (CCSA) on Tuesday reported 60 new cases, 17 of them were overseas travellers.

Of the 22 exposed to the disease while visiting high-risk areas, 19 were in Samut Sakhon, two in Pathum Thani and one in Bangkok.

Meanwhile, proactive testing led to the discovery of 21 cases -- 19 in Samut Sakhon and one each in Pathum Thani, and Nonthaburi provinces.

Of the overseas travellers found to be infected in quarantine facilities, eight Thais had returned from Sudan and the United States; three Britons had travelled from Myanmar and United Kingdom, an Irish citizen, a Russian, a German and an American had travelled from their respective countries.

Two Myanmar men, who had illegally entered via the border from Malaysia on March 2, were found positive after being tested on March 5.

Meanwhile, 74 patients have recovered and been discharged.