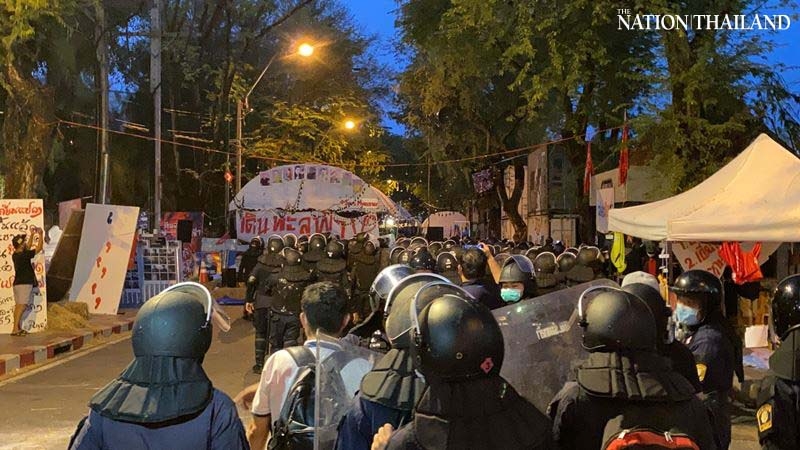 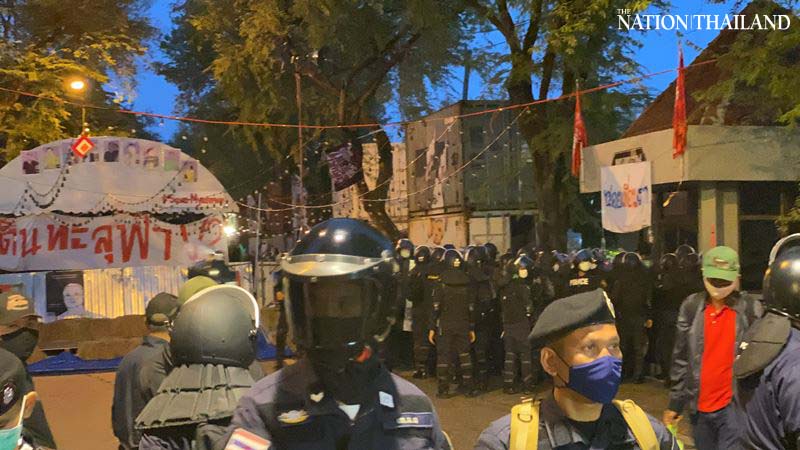 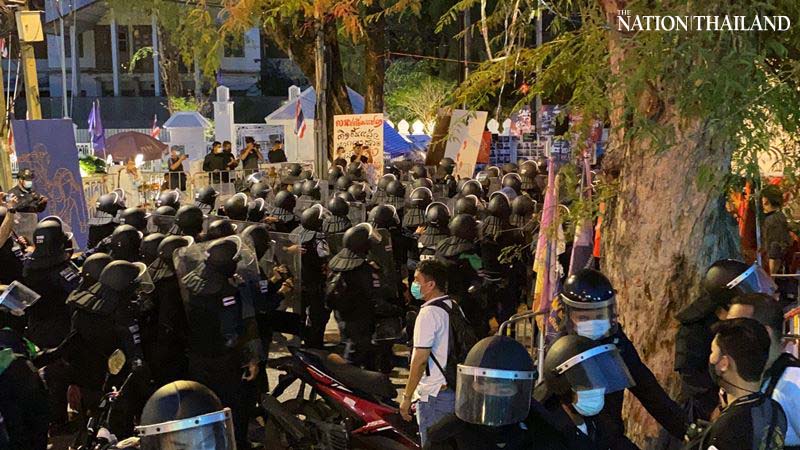 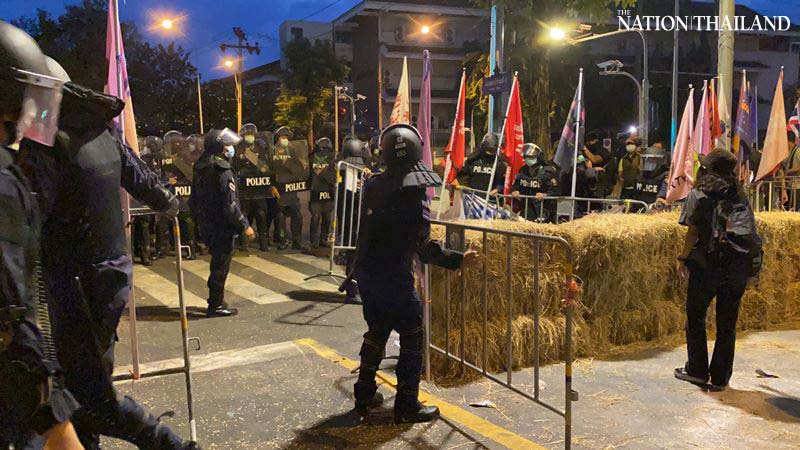 The protesters were charged with violating the communicable disease act and the emergency decree. 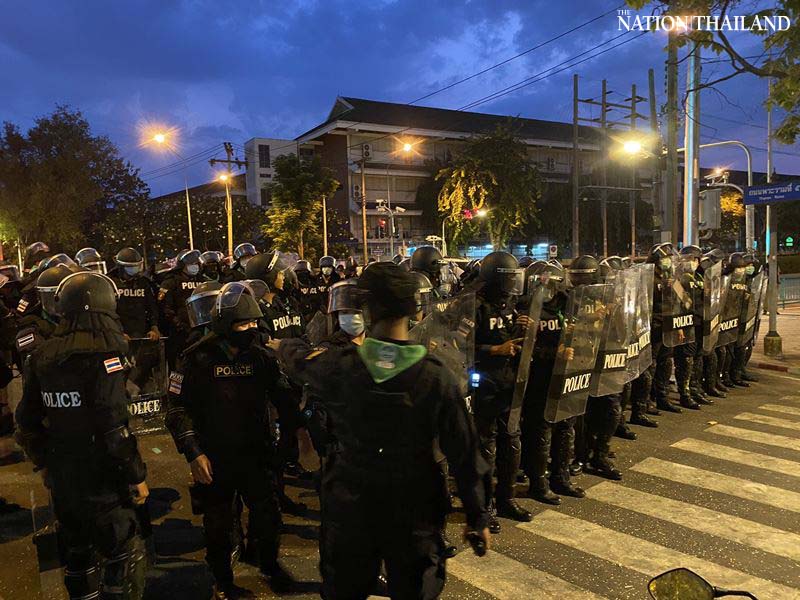 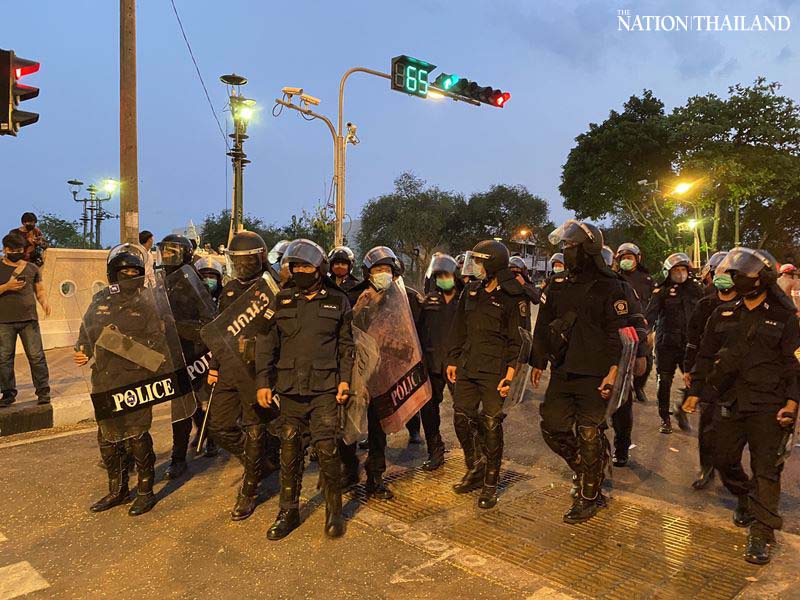 Pro-democracy protesters set up their own Talu Fah Village on Rama V Road to protest against the government since March 13 this year. 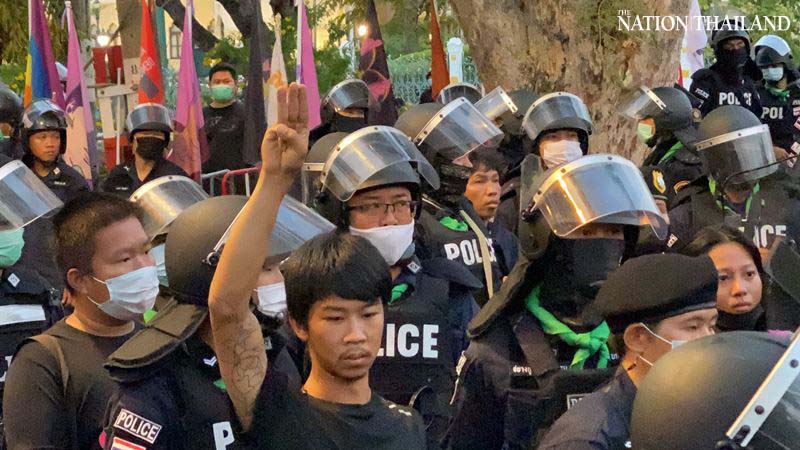 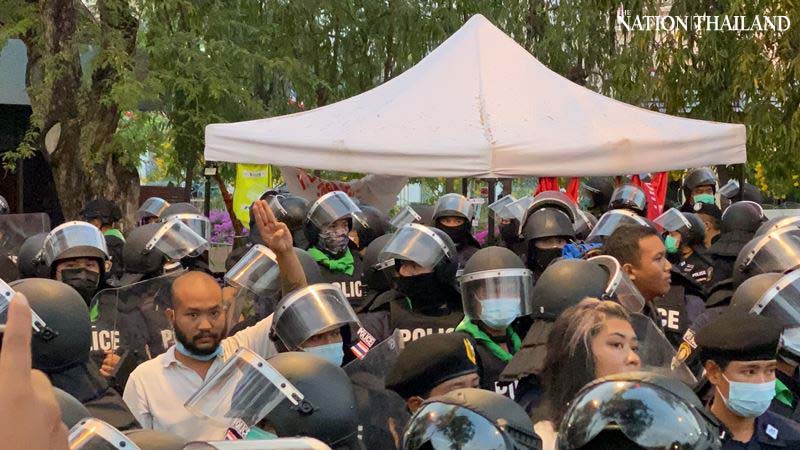 They demanded that the government release imprisoned protest leaders, amend the Constitution, abolish the lese majeste law (Section 112 of the Criminal Code), and the resignation of Prime Minister Prayut Chan-o-cha. 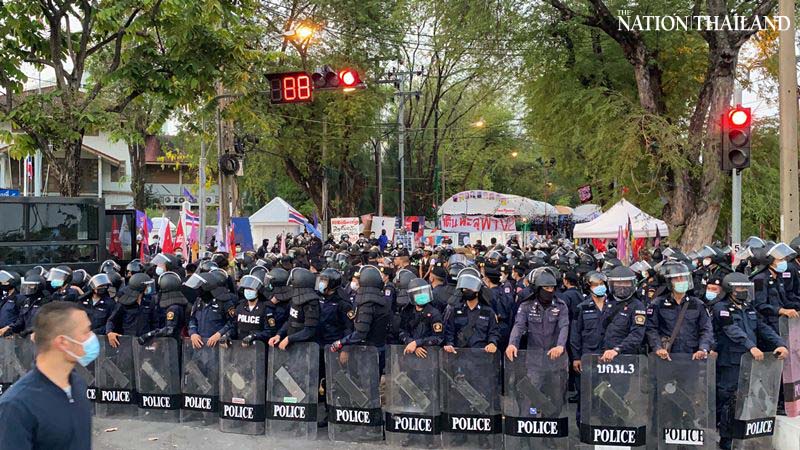 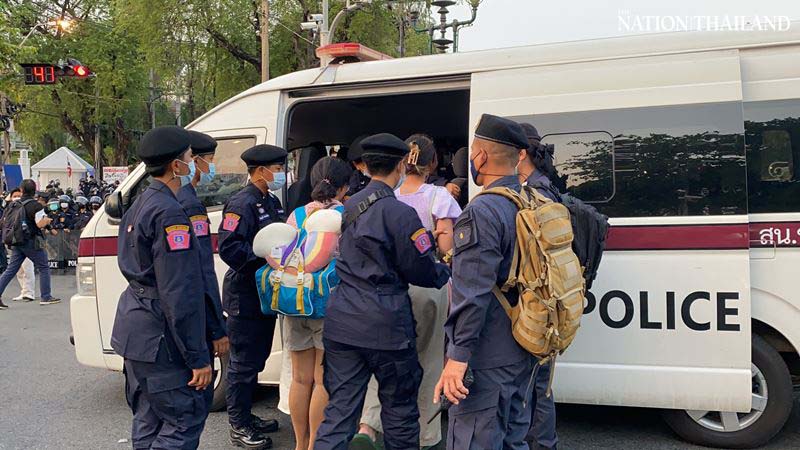