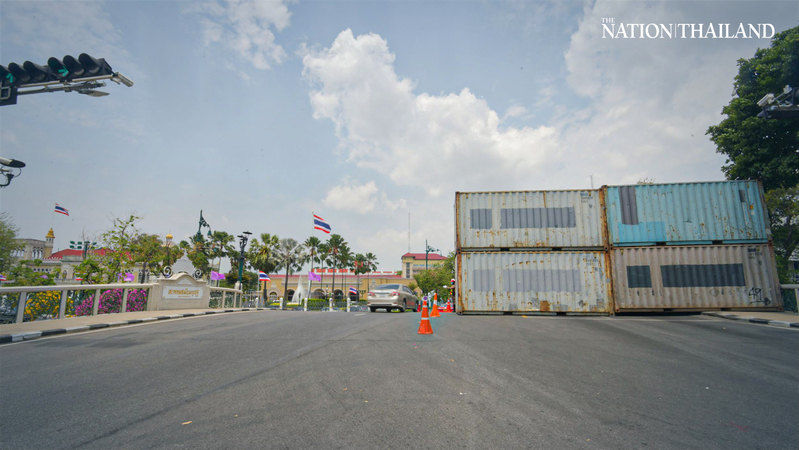 Police stationed around Government House have anchored container barricades to the ground in a bid to prevent pro-democracy protesters from moving them during today’s rally. 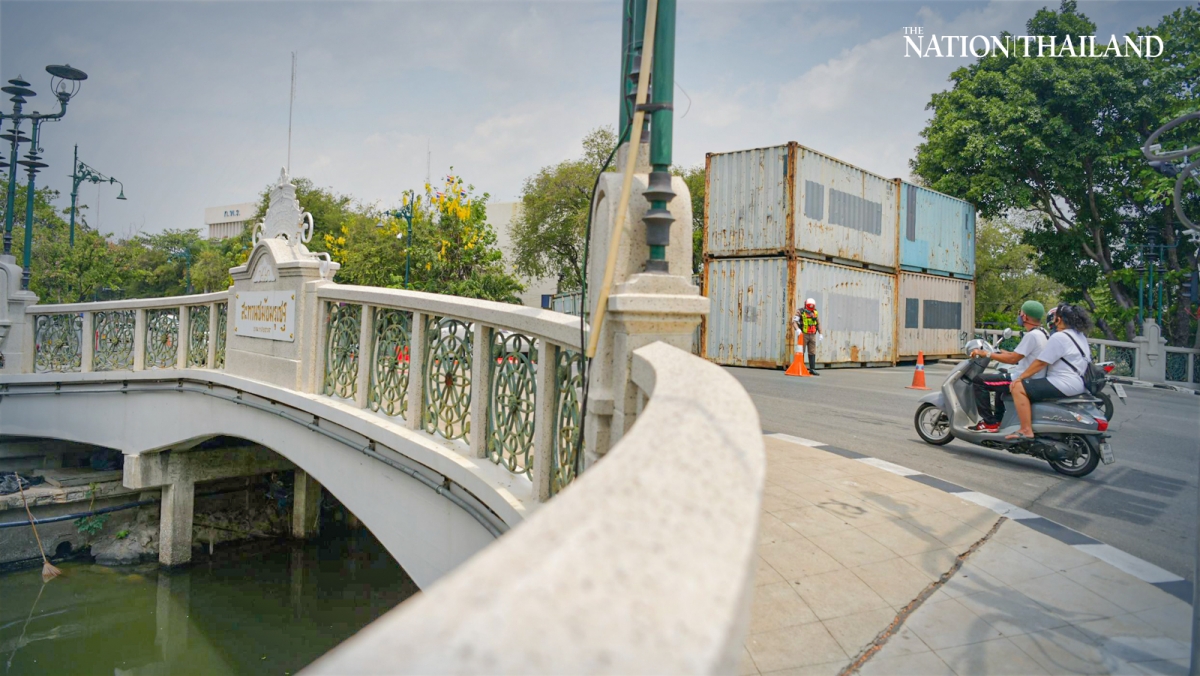 Student protest group UNME of Anarchy announced on Facebook it will rally at Government House this afternoon (Tuesday). The announcement came after police dismantled the Talu Fah Village protest camp across from Government House on Sunday. 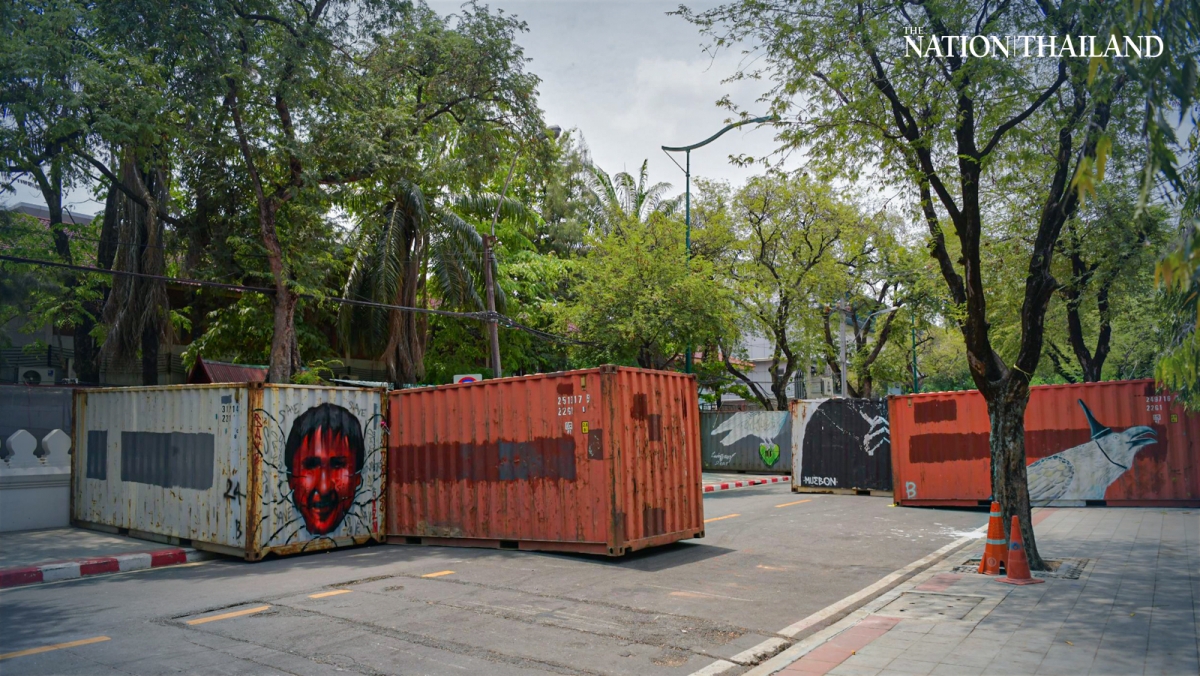 Police have set up the container barricades in the area around Government House, including near Phadung Krung Kasem Canal, Chamai Maru-chet Bridge and the United Nations building. Officials have also fortified barriers at Government House with razor wire.

Deputy Metropolitan Police Bureau Commissioner Piya Tawichai told reporters that the container barriers had been erected to prevent clashes between police and protesters. 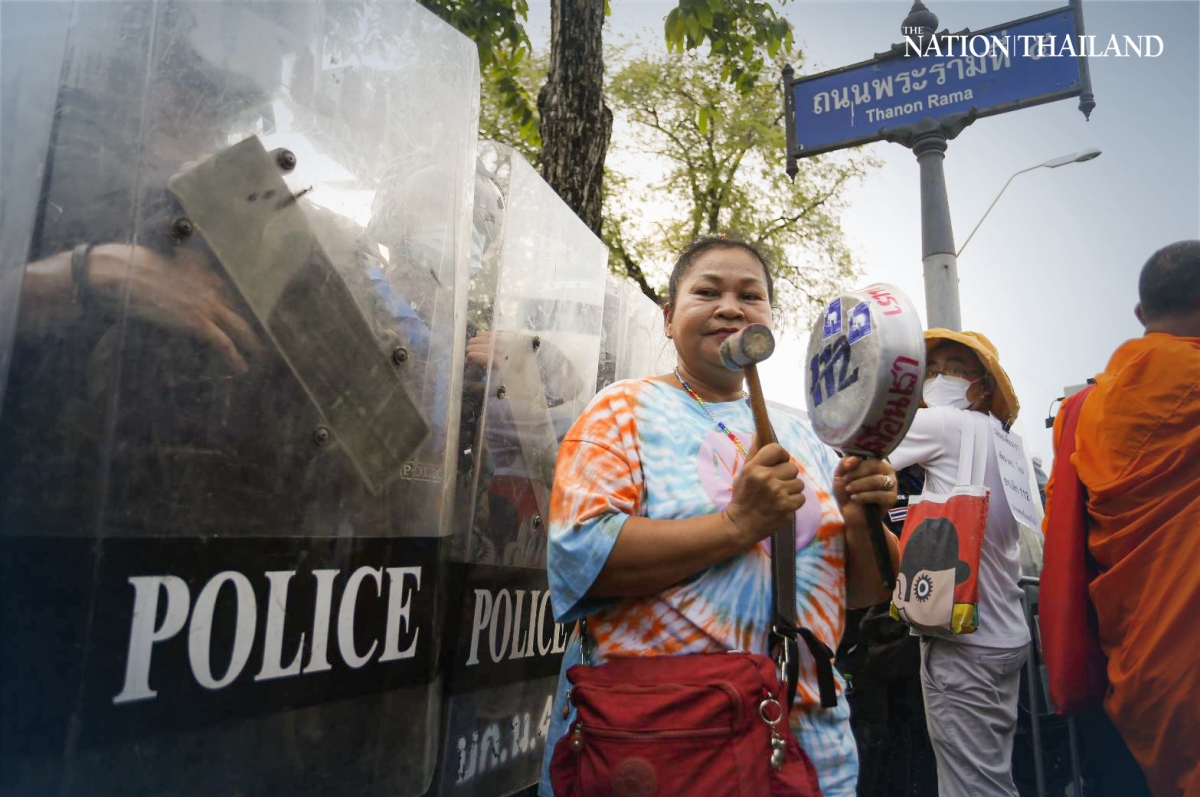 Protesters managed to pull down part of a container barricade outside the Grand Palace during a March 20 demonstration, when police used tear gas and water cannon to disperse them.

The pro-democracy movement is calling for the prime minister and government to step down, a new Constitution, and reform of the monarchy. 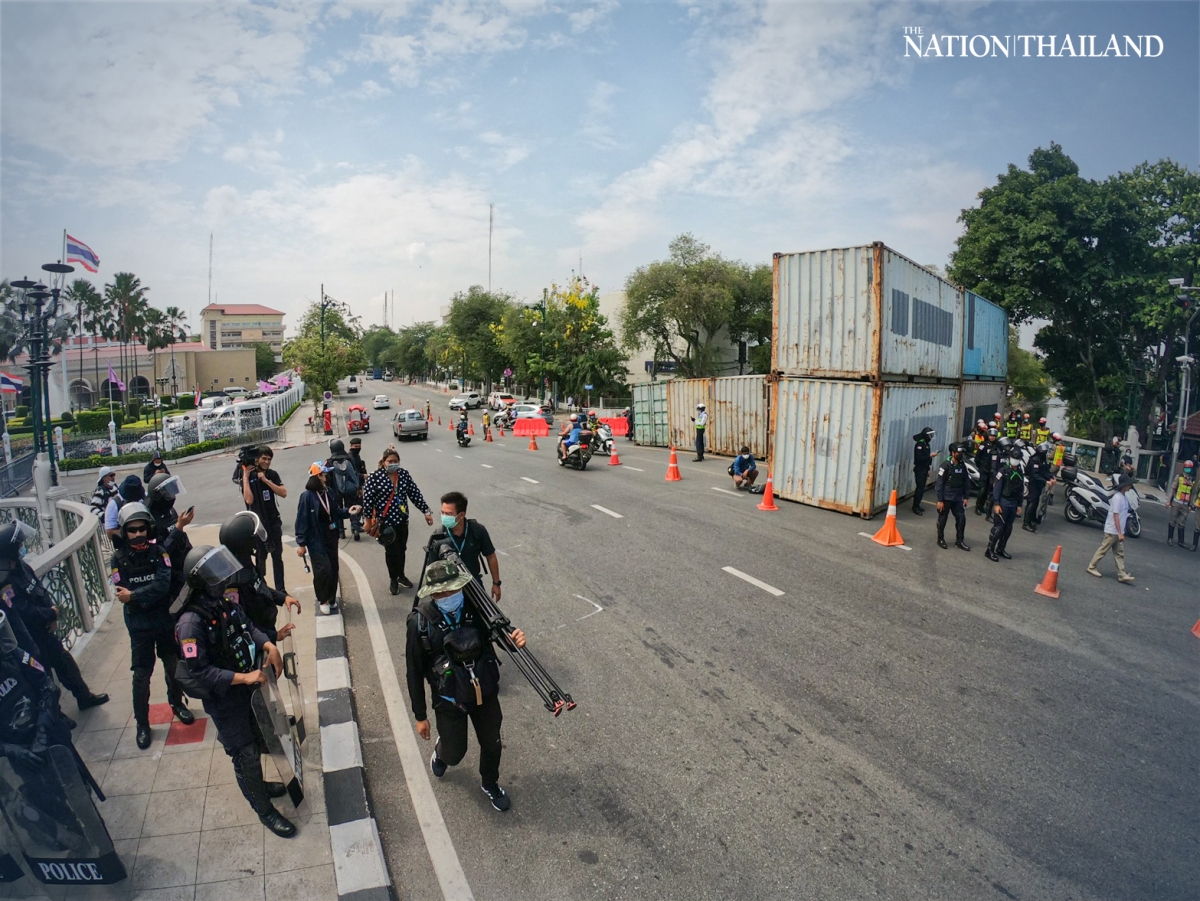