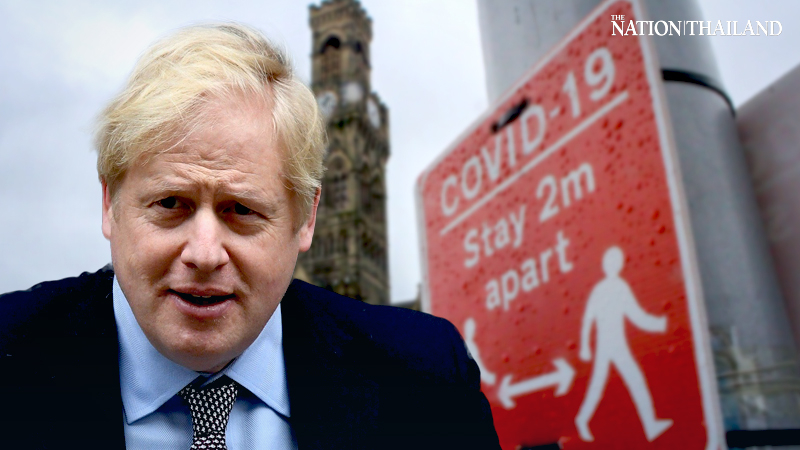 LONDON - The British government announced Monday that it will offer every citizen in England two at-home rapid coronavirus tests a week, in an audacious, costly bid to reopen the economy while avoiding another wave of infections.

Prime Minister Boris Johnson is betting that relentless, repeated testing for as many people as possible - including those who feel perfectly fine - will help break transmission chains, limit future outbreaks, and get people back to work, sporting events, theaters and normal life.

The country's fast-moving vaccination campaign has administered at least one dose to nearly half the population, but adults under 50 in England could still be waiting until May for their first jab, and scientists don't yet know how easily vaccinated people can transmit the virus. So the ability to test and trace is still seen as critical to keeping the virus in check.

The prime minister promised the free, simple tests will help "to stop outbreaks in their tracks, so we can get back to seeing the people we love and doing the things we enjoy."

But questions remain about who will bother to take the tests. The United States has seen a dramatic decline in demand for testing, as the public instead looks to vaccines as the way to end the pandemic.

And if the self-administered tests show an infection, will people accurately report that to the government and then stay home? A recent review in the BMJ, a medical journal, found that only 42% of symptomatic Britons were following isolation rules.

Many in Britain are also concerned that Johnson's mass testing will soon dovetail with a parallel effort to create "covid status certificates," or vaccine passports.

The certificates - which would probably appear on a mobile phone app - would show whether an individual has been vaccinated, recently tested negative for the virus or has natural immunity due to previous infection within the past six months. These data would come from the public health service and self-reports.

The government said Monday that the certificates could be useful for mass gatherings, and it will begin experimenting with them for attendance at an upcoming comedy festival and a few sporting events. Johnson dismissed the idea they would be needed to enter a shop or pub garden.

Still, there continues to be strong opposition. One reporter asked at Monday's news conference whether such documents were un-British. More than 70 members of Parliament have launched a campaign to oppose them.

Britain is slowly exiting its third national lockdown. A week from now, England will reopen nonessential shops, gyms, hair salons and barber shops, and pubs and restaurants will be allowed to serve meals and drinks outdoors.

"As we continue to make good progress on our vaccine program and with our road map cautiously easing restrictions underway, regular rapid testing is even more important to make sure those efforts are not wasted," Johnson said.

Starting Friday, people in England will be offered lateral flow testing kits, which can be used at home, with nasal and throat swabs, and give results in less than 30 minutes. The regional governments in Northern Ireland, Scotland and Wales may soon follow.

The tests can be ordered through the mail from National Health Service (NHS) or picked up at pharmacies or testing centers, or from employers.

Speaking on the BBC, Health Minister Edward Argar said the tests would be paid for by a $50 billion NHS fund to support its test-and-trace effort, which has struggled.

The program remains controversial among some scientists, who question whether the cost and effort are worth it. They say that without better incentives for people who test positive to stay at home, most will not. They also warn of the potentially large number of cases missed by the tests, which are far speedier but less accurate than polymerase chain reaction (PCR) tests. A mass testing experiment in Liverpool last year showed the rapid test kits most widely used in Britain missed more than half of infections in asymptomatic people.

Supporters of mass testing say it doesn't really matter - on a population scale - whether the tests miss some cases, as long as they help alert a large number of people with no symptoms that they might be infected and persuade them to stay home.

Those who test positive will be told to self-isolate, along with their household. They will also be encouraged to get a more accurate PCR test, and if that one says they are not infected, then they are free to go about their lives.

The program to mass test the population was first floated last year as "Operation Moonshot," a plan to test 10 million people a day, or everyone in the country every week, at a cost of $130 billion. That program envisioned people being tested before they go to work, attend sporting matches or other mass gatherings.

At that time, many scientists were skeptical. "This is not going to work," said Jon Deeks, a professor of biostatistics at the University of Birmingham, who dismissed Moonshot as the work of bureaucrats and consultants, not scientists.