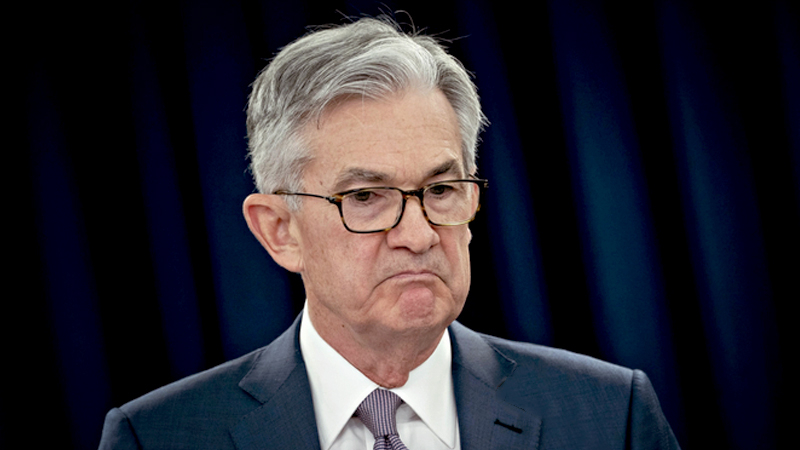 To get an idea of what Jerome Powell's Federal Reserve will do next, Wall Street economists are having to try their hand at forecasting new variables -- like the Black unemployment rate.

That shift in focus could itself contribute to the outcome that the Fed chair says he wants: an economic expansion reaching corners of the labor force that have been slower to recover in the past.

As the U.S. economy rebounds from the pandemic slump, Powell is spotlighting the kind of job-market metrics that will show Fed officials when it's time to raise interest rates under their new framework, which explicitly redefines their goal of maximum employment as "broad-based and inclusive."

Instead of across-the-board measurements like overall employment and wage growth, the focus is on groups that typically take longest to regain lost ground.

That means a prominent place on the Powell dashboard for metrics like the Black unemployment rate, wage growth for low-income workers, and labor-market participation among Americans without college educations.

Those gauges are signaling there's still a long way to go. And if investors absorb that message, it will help to reinforce the economic support being provided by easy Fed policy.

Employers added 916,000 Americans back onto payrolls in March, in the first of what's expected to be a string of big months for hiring as the U.S. rolls out vaccines and service industries reopen. Unemployment fell to 6%, down from a peak close to 15% last April.But Black unemployment was 9.6% -- still above where it was as recently as January -- and labor-force participation for high-school graduates without college educations remained near the lowest levels in decades, at 54.9%.

Annual average wage growth for the bottom 25% of earners was 4.2% in February (the March numbers aren't out yet), compared with 4.7% just before the pandemic, when low-income jobs were posting their strongest relative pay gains since the late 1990s. Fed officials have been highlighting variables like these while remaining vague about exactly how they'll play into an eventual decision about when to raise interest rates. Fed-watchers will inevitably press for more clarity as the first hike -- which policymakers don't currently expect before the end of 2023 -- draws nearer.

But some Wall Street analysts aren't waiting for the Fed's guidance.

In a recent report, Goldman Sachs economists tried to quantify the impact of the new inclusive employment framework on monetary policy. Banks typically come up with monthly forecasts for headline unemployment and labor-force participation, but the Goldman team led by Joseph Briggs took the novel step of writing down a forecast for the Black unemployment rate as well.

While the overall jobless rate should drop to 4% this year and 3.5% by the end of 2022, Black unemployment probably won't fall to its pre-pandemic low of 5.2% until the second half of 2023, and will still be above 4% by the end of 2024, they said. The forecasts were based on historical statistical relationships.If this kind of more granular forecasting takes hold, it could have an impact on the variables being forecast. That's because monetary policy is a kind of public-private partnership.The Fed controls short-term interest rates. But it allows investors to set the longer-term rates, which central bankers typically view as more important because they determine the cost of mortgages or auto loans. So investor clarity about how the Fed will implement its new framework tomorrow is a crucial determinant of financial conditions today.

Right now, the Fed-markets partnership is delivering lower interest rates than at comparable points in the last recovery.Yields on 10-year Treasuries have surged to about 1.7% this year after Democrats won control of the Senate, which paved the way for additional fiscal support to speed up the recovery.

Still, yields remain well below the 2.5% level of September 2014, when the U.S. jobless rate first declined under 6% after the financial crisis -- or the 2.3% yield in July 2015 when Black unemployment first reached today's number.As well as shaping financial conditions, Powell's new dashboard could help steer economic research toward key social questions.

Trillions of dollars hinge on the Fed's interest-rate moves, which are among the most closely watched events in the financial world. If investors are demanding forecasts for Black unemployment or wages among the low-paid -- because they're key inputs for rate decisions -- it could spur more analysis of why those labor-force discrepancies exist in the first place.

But so far, the Fed has been hesitant to make its own forecasts.

In a March 17 news conference, Powell said Fed officials are paying close attention to those variables but are not considering publishing projections for them because "it would not be practical" to do so.

The Fed's staff economists, who prepare the groundwork for discussion at policy meetings, don't typically incorporate forecasts for such indicators into their work either.

So for now, Wall Street still has a wide range of outcomes to consider -- both for how the economic recovery will progress, and for how the central bank will respond.

The Goldman economists say they expect the Fed will begin raising rates in the first half of 2024, once the headline unemployment rate has fallen to 3.2%.

But even then, there's "a more than 20% chance that the Black unemployment rate will still be above its last cycle low of 5.2% and a more than 90% chance" that it will be above 4%, they wrote. "Some FOMC members may see this as a reason to wait for further improvement before tightening."

And according to Goldman, if the Fed decides to adopt a June 2020 proposal -- from Jared Bernstein, now a member of President Joe Biden's Council of Economic Advisers, and Janelle Jones, now chief economist at the Department of Labor -- to target the Black unemployment rate instead of overall unemployment, that could delay interest-rate liftoff until 2025.