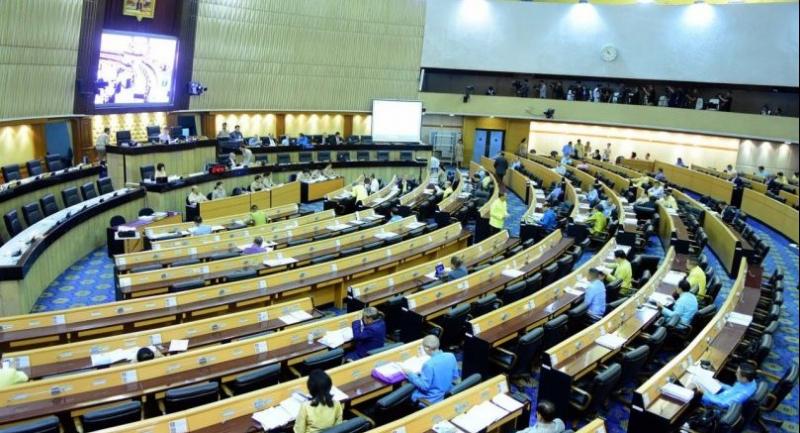 THE National Legislative Assembly (NLA) yesterday turned down the entire list of 14 candidates contesting the seven board members of the National Broadcasting and Telecommunications Commission (NBTC).

After more than four hours of closed door discussion, the legislators voted 118 to 25 to reject the list entirely.
The scrutinising committee had found more than half of the candidates had been stakeholders in businesses involved in the areas regulated by the Commission in the past year, thereby disqualifying them from taking the post.
Legislators viewed that the list should be forsaken in its entirety to avoid issues arising in the future. However, those on the rejected list could re-apply for the position if they have the qualifications.
According to Jade Siratharanon, spokesman for the NLA whip, the law requires that the next selection process starts from the beginning.
The news about the rejection, however, had been spreading for days before the official decision was made yesterday.
A source close to the NLA said that the legislature had been split into two camps. One argued that because some of the candidates did not possess the right qualifications, the whole list should be nullified
The other group of legislators argued that those who were qualified should be selected even though not all seven vacancies would be filled. They said the rest could be selected at another time, the source said.
Observers believe that the junta might invoke their special powers under Article 44 to deal with the decision.
The current NBTC board is expected at its board meeting next week to discuss how to proceed, following the NLA decision. It is also expected to discuss if it should go ahead and auction the 1800MHz licences as planned.
Earlier the board declined to consider whether to proceed with the auction, pending the results of the selection of new commissioners yesterday.
The six-year term of the current commissioners ended on October 7 last year, but the new NBTC law allowed them to continue in the same capacity until they are replaced.