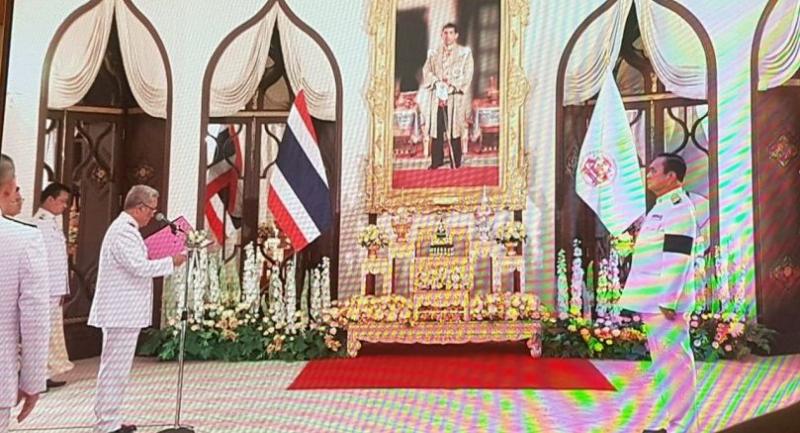 General Prayut Chan-o-cha was royally endorsed for his second term as prime minister in a ceremony at Government House on Tuesday afternoon.

The endorsement came six days after Prayut, as a Phalang Pracharat Party candidate, was voted in as PM at Parliament.

The Royal Command was delivered by the House of Representatives’ secretary-general Sorasak Pienwet.

After receiving his endorsement, Prayut expressed his gratitude to His Majesty and promised to maintain high ethical standards. He also thanked the Parliament and the public for support.

Also present at the event were Prayut’s wife, Naraporn, and leaders of the coalition parties led by Phalang Pracharat leader Uttama Savanayana.