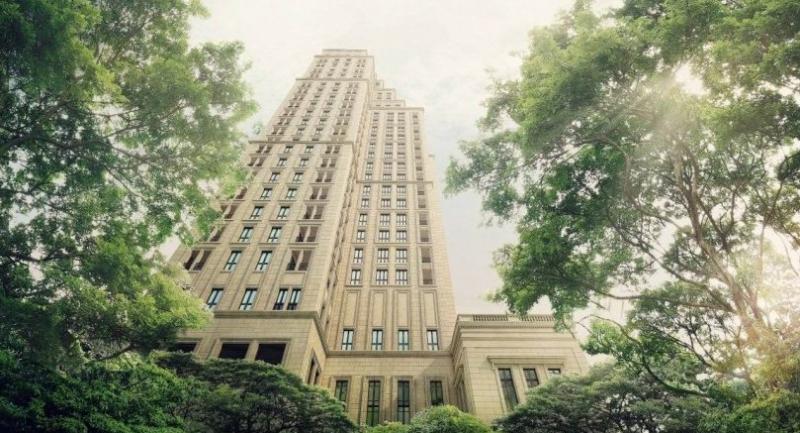 WITH HIGH competition and commercial banks restricted lower income customers from accessing mortgage loans to the customers, Bangkok’s property developers have refocused their business strategy. Now they are launching luxury residential units at prices above Bt200,000 per square metre, or over than Bt10 million per unit, to boost their sale in the third quarter of this year.

Take, for example, AP (Thailand) Plc, which has re-launched its Galerie Rue de 39 project first announced five years ago but unsuccessful in achieving expected sales. Re-launched as Vittorio, the now-luxury condominium project has potential sales worth Bt3.5 billion. The redesign has an Italian theme and is targeted to boost sales in the third quarter of this year.
At 28 stories, the project offers 88 units at a starting price of Bt300,000 per sq m.
LPN Development Plc, who is a market leader in developing budget condominiums at prices below Bt5 million per unit, has broadened its marketing focus. It recently reached customers in the middle to upper income niche with its launch of Select Kaset Nawa Min worth Bt1 billion last month. The project succeeded overwhelmingly, selling out units on launch day.
Similarly, Siamnuwat Co Ltd has launched a Bt3-billion condominium project, Wish Signature II Midtown Siam, at Siam-Ratchathewi, about 400 metres from the Ratchathewi BTS station. The starting price is Bt200,000 per sq m.
“We have to change our business strategy from the economy-priced market to middle and upper income markets, following the demand in the market. It also reduces the impact from commercial banks restricting mortgage loans available to customers who have low purchasing power to buy,” LPN Development Plc’s managing director Opas Sripayak said recently.
AP (Thailand) Plc’s business group-condominium chief, Vittakarn Chandavimol, agreed that the market for luxury condominiums in urban areas (prices starting from Bt300,000 per sq me) has attracted a great deal of interest in the last two to three years.
“The trend shows there is room for further growth, because if you look at the sales at the end of the first quarter this year, sales of ultra-luxury products launched in urban areas made up around 70-80 per cent of all ultra-luxury products,” he said.
According to a survey by The Nation last week, Sansiri’s flagship 98 Wireless condominium project recorded high initial prices of Bt580,000 per sq m early this year. The project is now selling fully furnished units for Bt720,000 per sq m. The project has a total of 77 units worth Bt8.7 billion for prices ranging from Bt70 million to Bt650 million per unit.
Meanwhile, Mandarin Oriental Bangkok has also broken records in the Chao Phraya riverside area, with prices of Bt620,000 per sq m, the highest ever for penthouses in the city. The project was developed by The IconSiam Superlux Residence Co and is the first Mandarin Oriental-branded housing development in Southeast Asia.
The development, near the Mandarin Oriental Hotel, consists of 146 luxury waterfront units ranging from 130 to 230 sq m; the penthouses are 380-710 sq m in area.
CBRE (Thailand) managing director Aliwassa Pathnadabutr said Bangkok’s luxury residential market is still growing strongly among both domestic and foreign buyers, especially for units priced around Bt200,000 per sq m – more than Bt10 million each.
“About 85 per cent of buyers are Thais, and the remaining 15 per cent foreigners,” she said.
The demand for luxury homes runs the gamut from condominiums to low-rise units such as detached houses and townhouses.
The prime locations include Sukhumvit, Sathorn and Lumpini, she said.
Jones Lang Lasalle (JLL) research found that 1,308 luxury condominium units, priced at more than Bt250,000 per sq m, were launched into the Bangkok market last year. That compares with 2012, when no luxury condos were launched into the market.
The following year, 2013, saw some condos launched at prices above Bt250,000 per sq m, but only around about 200-300, the research found.
Of all the luxury condos put on the market since then, 57.6 per cent have found buyers, JLL found.
The professional-services and investment-management company said demand for luxury condominiums would continue to grow this year, with limited land availability driving the market.