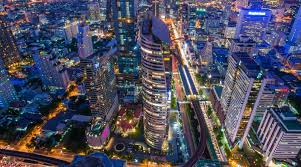 Thailand’s Monetary Policy Committee’s decision to cut the interest rate by 0.25 per cent on Wednesday is unlikely to help the property market, which is suffering as a result of the introduction of the loan-to-value or LTV measure, property experts say.

“In fact, the real interest rate for mortgages and other loans remains higher than the policy rate, while the market is still facing difficulties from the LTV measure that reduced purchasing power for residences,” honorary president of the Thai Condominium Association Prasert Taedullayasatit told The Nation on Wednesday.

The appreciation of the baht against the US dollar and the Yuan had also impacted demand for residential properties from foreign investors, resulting in a drop in bookings during the second quarter of this year.

“In my view, the interest rate cut will do little to improve the property market for as long as the LTV restriction remains in place. The BOT will also be introducing measures to restrict the debt service ratio or DSR on all personal loans and this will have a direct impact on purchasing power in the domestic market. These forces will reduce domestic consumption at a time when the baht is appreciating, with the latter already having a major impact on exports and the tourist business. So a cut of just 0.25 per cent in the interest rate cannot improve the economy during the rest of this year,” he said.

He also forecasts that the property market will continue to drop, possibly reaching double digits by the end of the year.

LPN Development’s chief executive officer and managing director Opas Sripayak agreed with this assessment, stressing that the cut in interest rate would not lead to any improvement in the property market while buyers continued to face restrictions on obtaining mortgages from the bank,

“The property market is going through a hard period with both domestic and overseas demand dropping as a result of the LTV coming into effect and the baht appreciating,” he said.

These factors have led to a number of property firms revising their plans to launch new residential projects during the remainder of 2019 and some even suspending projects that had already been launched them. For example, Ananda Development returned down payments to customers who had booked units in IDEO Q Phahonyothin-Saphan Khwai when sales failed to meet estimates.