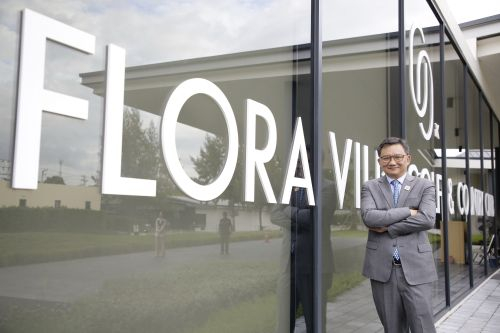 Half of the total investment each year will go towards land purchases for the housing projects, with the rest put to the development of commercial buildings that will generate recurring income to the company, he said in an interview with The Nation recently.

The company’s recurring income came from warehouses and manufacturing for rent, a golf club, apartments and property management.

“Since a new shareholder took over the management in 2015, we have restructured the business by focusing on developing low-rise residential projects for sale, such as single-detached houses and townhouses and also on developing commercial properties, especially warehouses and manufacturing for rent to generate recurring income to support the business’s expansion in the long term,” he said.

He said that the company’s five-year plan - from 2017-2021 – envisages the contribution from recurring income rising from 10 per cent to reach 50 per cent in 2021 by spending between Bt700 million and Bt800 million to develop commercial properties, especially warehouse and manufacturing facilities in the Bangkok Free Trade Zone, which was developed by its subsidiary Prospect Development Co Ltd.

Currently, the Bangkok Free Trade Zone has rental space of 269,828 square metres, with an occupancy rate of 92 per cent.

In 2020, the company will invest between Bt700 and Bt800 million to develop its new warehouse and logistic area in the Bangkok Free Trade Zone to serve the strong demand in the market. The new plant will have total warehouse and manufacturing space of more than 70,000 square metres.

“We are engaged in a negotiating process to purchase land of about 50 rai at the Bangkok Free Trade Zone to develop the project next year,” he said.

The company had earnings before interest, tax, depreciation and amortisation (EBITDA) from recurring income worth Bt200 million in 2018 and expects to achieve Bt350 million in 2020.

“We target EBITDA to achieve Bt1 billion in 2021 and up to 50 per cent of the total will come from residential projects for sale, with the other half from recurring income,” he said.

For residential projects for sale, Vorasit said that the company will develop projects such as single-detached houses and townhouses in Bangkok and its suburban area. It plans to build four or five projects each year to generate sales of between Bt2.6 billion and Bt2.7 billion.

This year, the company plans to launch four projects worth Bt4.5 billion in the final quarter.

With an aggressive investment pace for the period from 2017 to 2021, Vorasit said that the company’s investment budget will come from company’s initial cash flow, the issuance of debentures and loans from the commercial banks.

This year, the company has issued debenture worth Bt2 billion to serve the company’s investment needs for this year and the next.

“Our shareholders have approved the issuance of debentures worth Bt4 billion, and we still have room for issuance of Bt2 billion either next year or in 2021, depending on the demand for the use of funds,” he said.