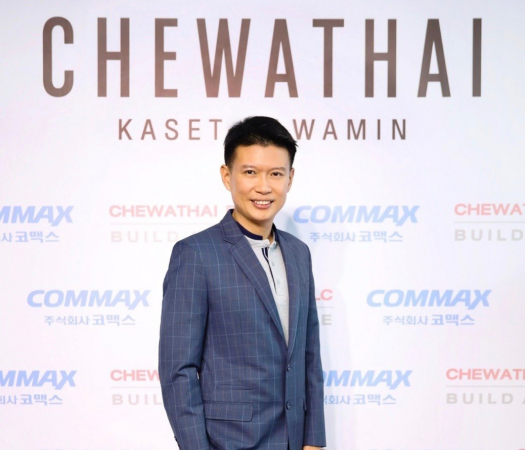 Listed property firm Chewathai Plc has revised down its revenue target from Bt2.8 billion to Bt1.6 billion after demand for residential projects showed a slump in the first half of this year, the company’s managing director Boon Choon Kiet said on Friday.

He said the company’s total revenue of Bt618.65 million in the first half of this year was lower than estimated because the property market has been facing high competition due to a limited demand for residential property and restrictions on loans approved by commercial banks.

However, the company has decided to go ahead with the launch of seven new residential projects worth Bt7.2 billion, two of which will be launched in the third quarter of this year worth a combined Bt2.64 billion and five projects in the fourth quarter worth Bt4.78 billion, he said.