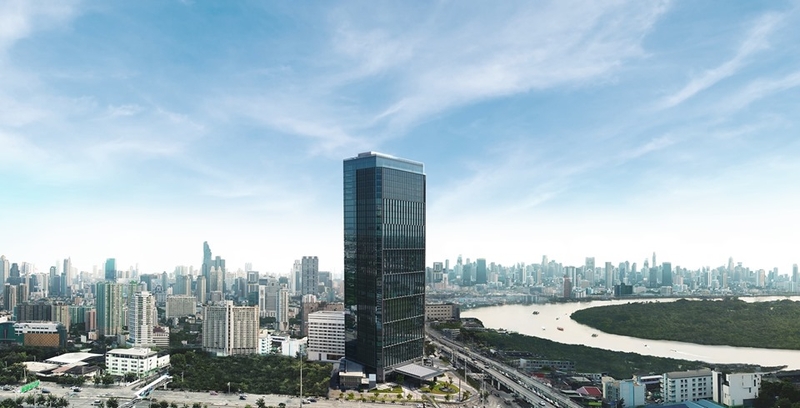 The MS Siam Tower premium office building has reached completion at the corner of Rama III and Industrial Ring roads with an investment value of Bt2.6 billion.

MS Siam Tower is a 38-floor office building with a panoramic views of the Chao Phraya river and the green space of Bangkrachao, known as Bangkok's green lung.

“Currently, our project has been leased out 60 per cent, with major tenants including technology and food companies,” Korrawit Sawatyanon, Thunsrisiam’s general manager, said,

“It was constructed based on an environmental-friendly concept as proven by its LEED – Gold certification (Leadership in Energy and Environmental Design) from the US. This concept could effectively address the needs of tenants that require large space due to the flexibility of having knock-out panels in the building design. Organisations who require smaller space also have options as they can lease 100-square-metre offices in a premium building at a lower price.”