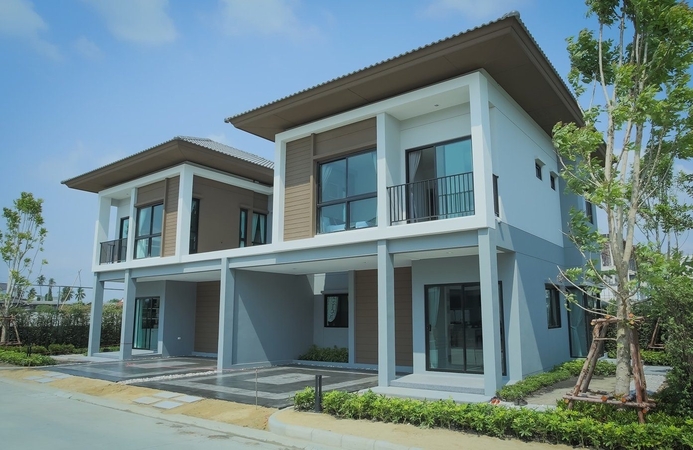 Rama 2, Ratchathewi, Ploenchit, Sathon, Rat Burana, Jomthong, Ban Mo, and Bearing were the top locations for new residential project launches in the first half of this year, , according to survey by LPN Wisdom, the research arm of property developer LPN Development Plc.

According to the survey, LPN Development Plc had success in selling its residential projects on Rama 2 in 2018, and also in sales of its Lumpini Town Place Rama2-Tha Kharm after its launch in August this year. The demand for accommodation in this location continues to grow, as the government has budgeted to develop the Rama 2-Bang Khom Then-Mahachai tollway as well as to extend the purple rail route from Rat Burana to Rama 2.

Meanwhile, Ratchathewi, Ploenchit and Sathon have also enjoyed success in sales of new project launches, such as Samyan Business Town which sold 91 per cent of its total 32 units upon the launch this year.

As Ratch Burana, Jomthong, Ban Mo, and Bearing have new project launches in the mid-500 units. Some 58 per cent of total units were sold since the projects were launched to the market.

Meanwhile, 103 new residential projects were launched in the first half of this year for a combined 17,873 units, a drop of 3 per cent compared to the same period of last year.

Townhouses were the main products brought to market in the first half, for a combined 10,223 units or 57.2 per cent of the total new residential units launched in the period, but still lower than the 11,894 units for the first half of 2018.

Next up were 44 single detached home projects totalling 5,241 units in the first half, up 20 per cent from the 4,333 units for the same period last year.

The next 23 projects launched in the first half were twin houses for a combined 2,409 units, up 20 per cent from the same period of last year’s 2,060 recorded units.

The research found that the property market in the second half of this year continues to face negative impact from the country’s slight economic growth, a time when exports have dropped and tourism growth was lower than expected.

The country’s uncertain politics and the impact from the loan-to-value requirement will continue to effect the property market, which nearly maintained its numbers for the first half of this year but dropped when compared to the same period of 2019, the research found.