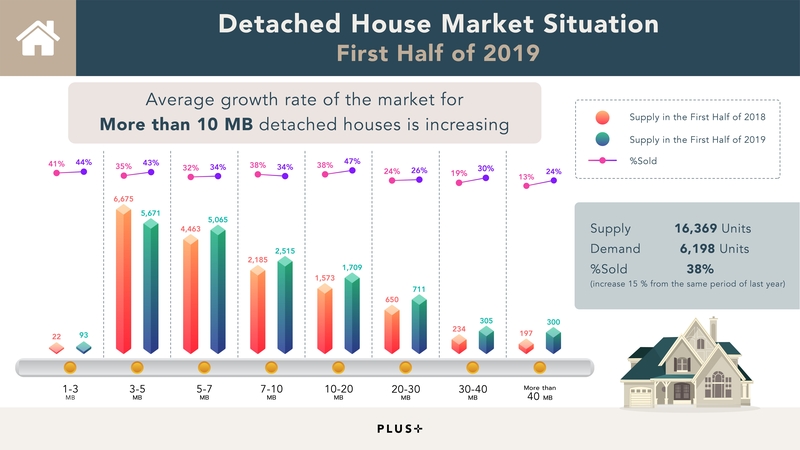 Developers are shifting towards real demand to serve the local need for detached houses, and the market for houses priced at Bt10 million and above is growing, according to research by Plus Property Co Ltd.

The full-service professional property and facility management agency, has revealed findings from its survey of the market for detached houses in the first half of 2019, during which major developers were found to be shifting toward the low-rise market.

Property in the Bt3-5 million and Bt5-7 million price ranges remain the dominant segments in the market, but the Bt10 million and above price segment has experienced a growth surge in both supply and demand. The latter segment serves clients with middle-upper incomes who seek real residency and are negligibly affected by economic volatilities.

Supply and demand are expected to retain a steady growth pace in the latter half of 2019. Owing to the cost of land, new projects priced at or above Bt5 million are expected to become more prominent, with a corresponding tendency for diminishing launches of projects with price tags around Bt3 million.

Developments in the economy, changes in mortgage measures, and the policy interest rate should be carefully monitored, according to the findings of the firm’s research and development division.

Findings by the division point to a marked shift by property developers toward detached houses, said Suwannee Mahanarongchai, the deputy managing director for business strategies and asset management at Plus Property. This has resulted in improved growth of the market for detached houses in the first half of 2019.

Compared to the same period of previous years, there was growth in both demand and supply. But growth decelerated in comparison to the second half of 2018, due to developers last year having rushed to release their stocks before the mortgage control measure came into effect in early 2019. 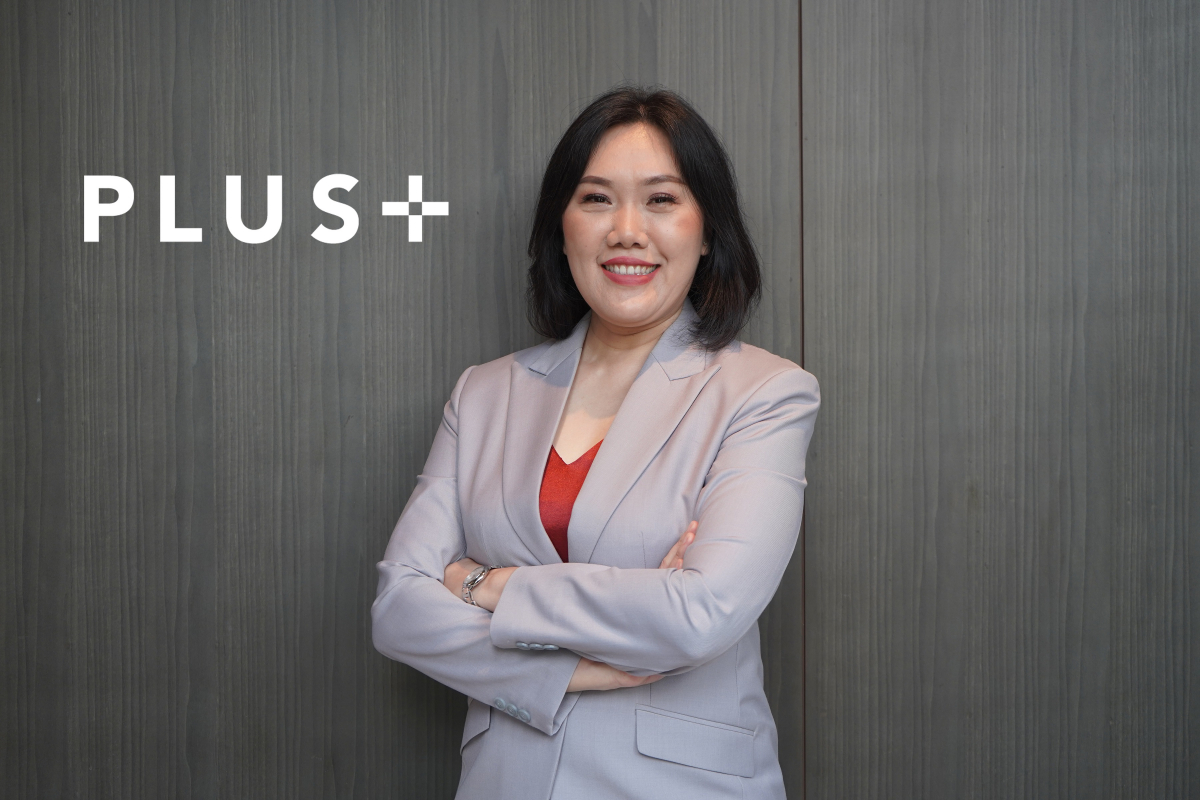 Data also revealed a growth increase in the detached house segment of Bt10 million and above. The bump reflects a change in tactics by property developers to increase their focus on developing projects that cater to upper-income clients as they are only negligibly impacted by the mortgage control measure and other economic headwinds. However, these clients make up only a small portion of the entire detached houses market, with other price segments more dominant.

At the same time a total of 6,198 units of demand were generated in the first half of the year – equivalent to a 38 per cent sales ratio. This demand figure grew by 15 per cent from the same period of the previous year but declined by 16 per cent from the second half of 2018. This can be explained by the rush to release existing stock before the new mortgage control measure was to take effect in early 2019. As a result, property purchase decisions by consumers surged during 2018’s second half. Nonetheless, demand figures increased within every price range in this survey cycle when compared to the same period of the prior year. The price range that saw the highest increase in demand comprised detached houses selling for Bt10 million and above; demand in this segment surged by about 40 per cent to 1,158 units.

As for the dominant price segments of Bt3-5 million and Bt5-7 million, demand increased by 4 per cent and 22 per cent, to 2,418 units and 1,733 units, respectively. The Bt7-10 million segment saw demand increase by 2 per cent to 848 units. Within this survey cycle, demand for detached houses priced at Bt5-7 million – currently one of the two main price ranges in the market for detached houses and one which has continuously experienced demand growth – increased noticeably within the northeastern and western zones of Greater Bangkok. More specifically, the demand surge was observed in the Khlong Sam Wa and Lat Krabang areas within the northeastern zone, and the Bang Yai and Phutthamonthon areas within the western zone. The stated localities offered linkages to the city centre and possessed large shopping malls that are able to facilitate convenience for the residents of those localities.

“For the latter half of 2019, supply and demand of detached houses are expected to continue growing at a steady rate. To fight for market share amidst increased competition, developers would have to continue placing emphasis on new projects that answer to the lifestyles of present-day consumers,” said Suwanee.

“This means developers need to adjust their offer prices to become more appropriate. Domestic and external economic factors, any revision to the mortgage control policy, and any reduction of the policy interest rate by the Bank of Thailand will have effects on purchasing power in the latter half of the year,” said Suwannee.