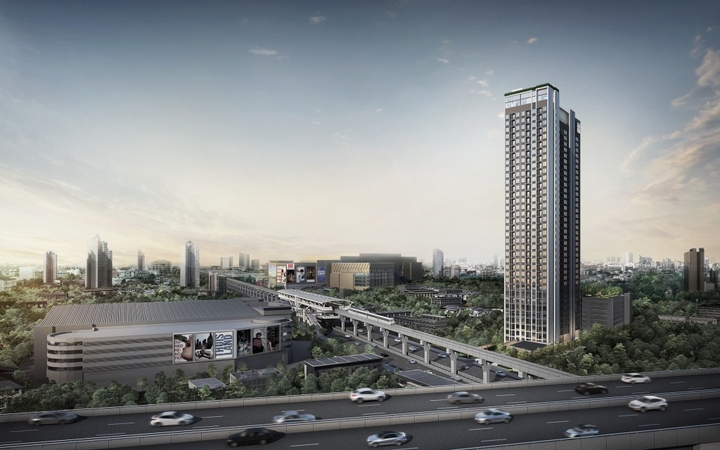 Noble Development Public Co Ltd has announced a normalised total revenue of Bt3.39 billion and a normalised net profit of Bt524 million for the third quarter of this year, recording a 308 per cent and 18,285 per cent increase year on year, respectively.

The revenue and net profit announced does not include the extra net profit earned from the sale of land for future developments.

In the first nine months of this year, Noble Development’s normalised total revenue stood at Bt7.41 billion marking a 102 per cent growth year on year, and a normalised net profit of Bt1.24 billion, recording a growth of 304 per cent year on year.

The company is confident it will achieve its revenue target of over Bt10 billion this year.

Meanwhile, the board of directors has approved a par split from Bt3 per share to Bt1 per share, as well as the issuance of warrants for existing shareholders at the ratio of four shares to one warrant.

Thongchai Busrapan, chairman and co-CEO of the company, said: “The tremendous success in the company's total revenue and net profit in the third quarter was driven by ownership transfers of units in completed condominium and horizontal projects, such as Noble BE19 Sukhumvit, Noble Ploenchit, Noble BE33 Sukhumvit, Noble Recole Sukhumvit 19 to local and foreign customers.

“Specifically, approximately Bt2 billion came from foreign buyers. The company has also recorded a 37 per cent pre-sale market share of total condominium sales in Bangkok in the first nine months of this year,” he said.

The company’s three new condominium projects under the NUE brand that were launched in the third quarter, namely NUE Noble Ngamwongwan, NUE Noble Ratchada-Lat Phrao and NUE Noble Fai Chai-Wang Lang, were clearly successful as each project managed to achieve 40 to 60 per cent in pre-sales.

In the first nine months of the year, Noble Development achieved Bt6.1 billion in total pre-sales, around Bt3 billion of which came from the sale of inventory. The sale of inventories can help recognise revenue immediately as well as boost liquidity.

As a result, the company more than Bt15 billion in backlog in the first nine months of this year, which will be realised in the next two to three years.