Their Majesties the King and Queen attended the Jaroen Maha Mongkol religious chanting ceremony on Thursday evening at the Royal Plaza in front of Dusit Palace in Bangkok’s Dusit district. 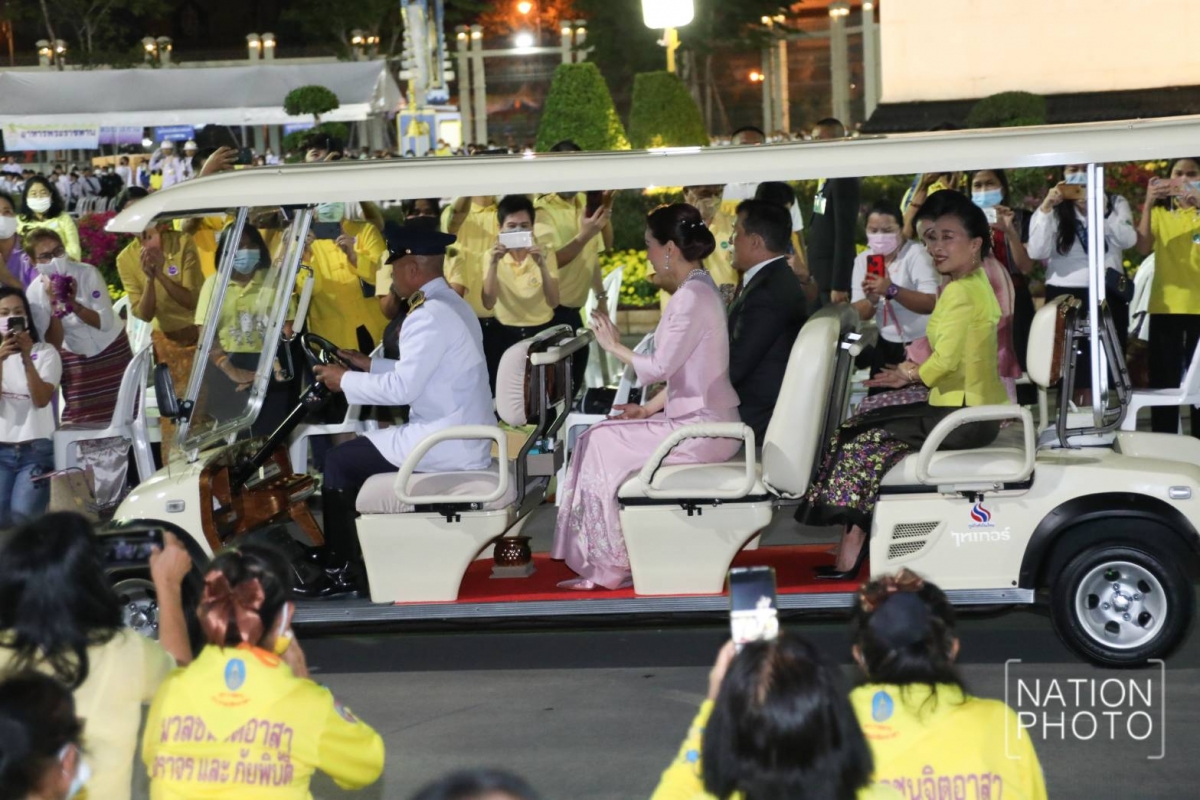 The ceremony was held in remembrance of the royal kindness of the late King Bhumibol Adulyadej the Great on the occasion of his upcoming birthday on December 5. 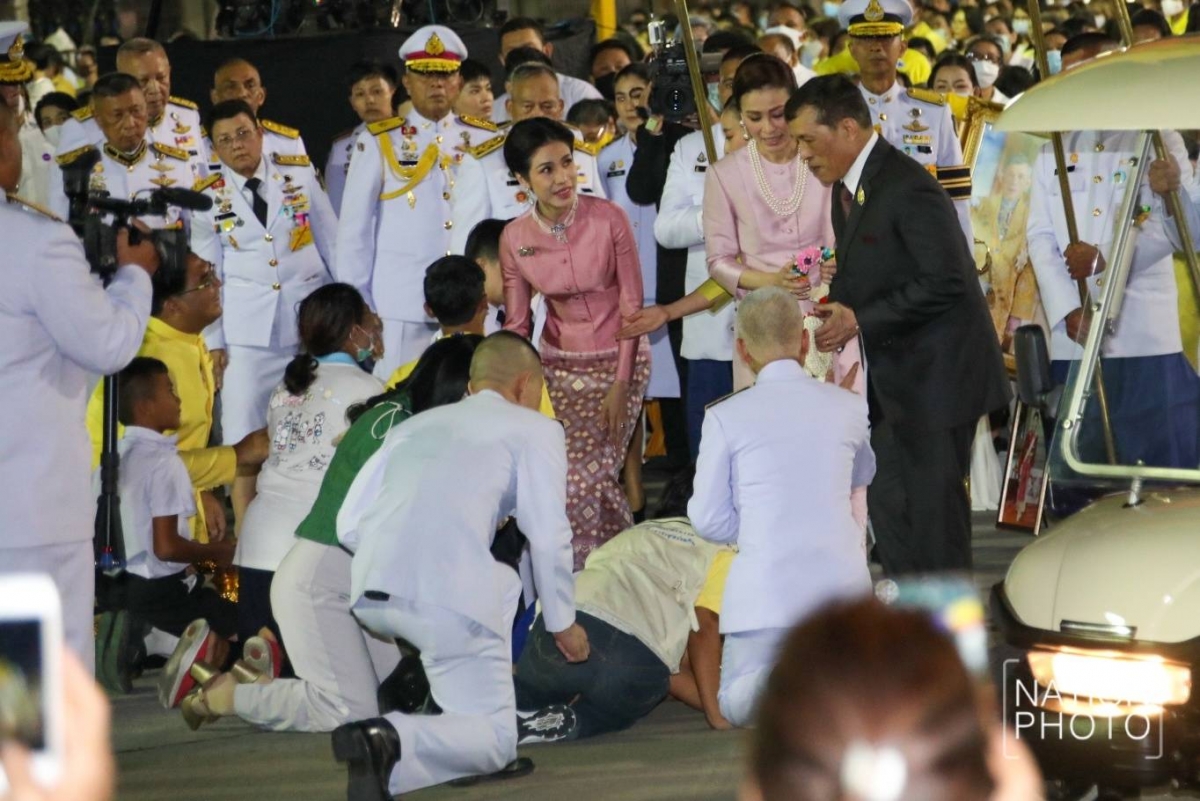 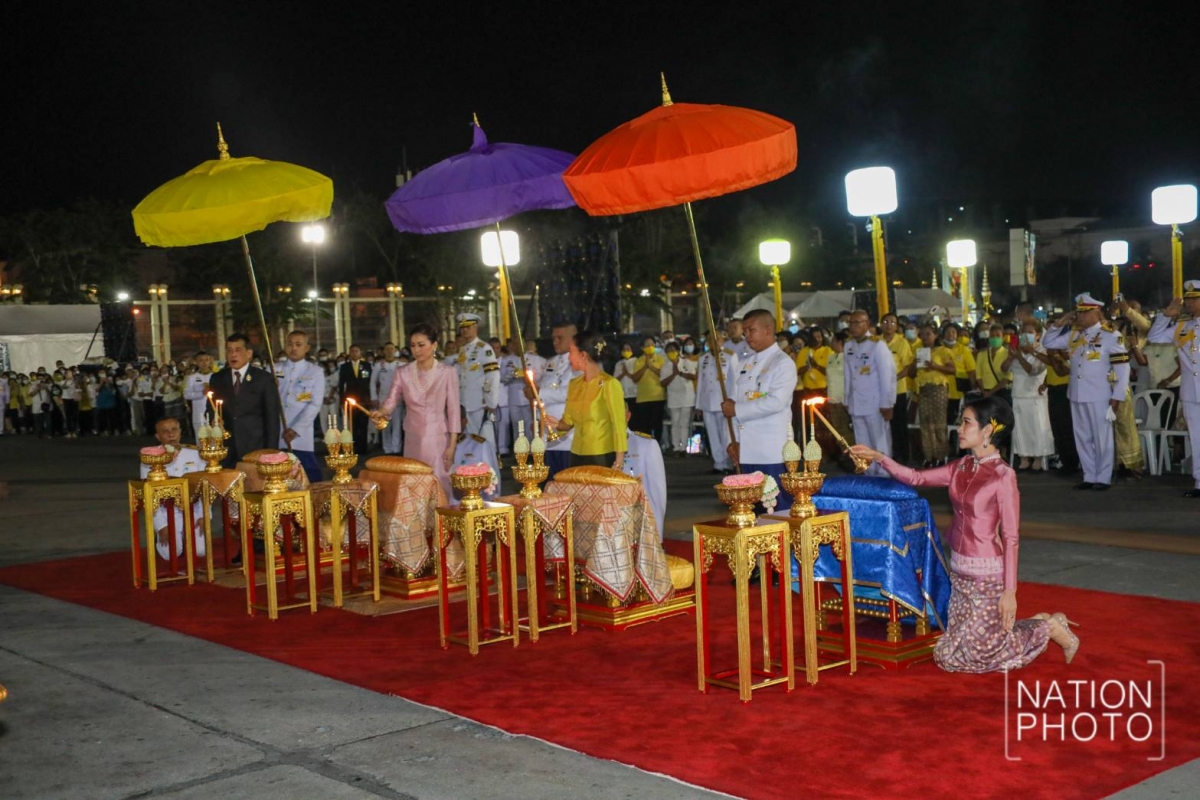