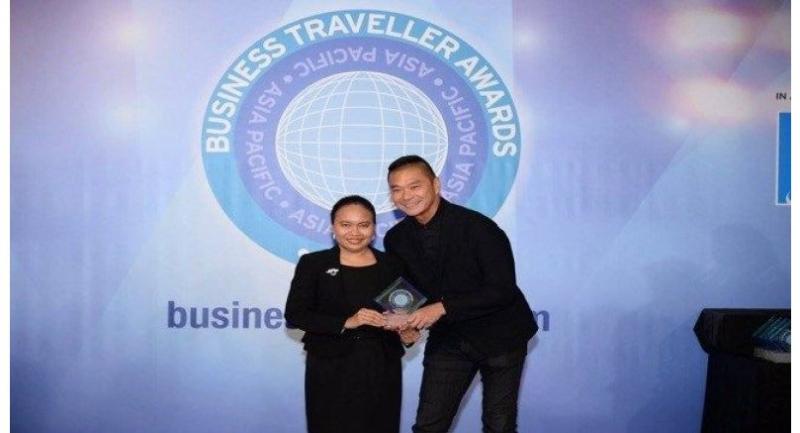 Bangkok wins big at the Business Traveller Awards once again

Ms. Sarima Chindamat, Director of the Tourism Authority of Thailand (TAT) Hong Kong Office, was on hand to receive the award from the magazine’s representative, Mr. William Tang Tat Chi, a Hong Kong-born veteran fashion designer, at a ceremonial luncheon in Hong Kong. Other awards for Thailand included The St Regis Bangkok that won the Best Business Hotel in Bangkok honour.

According to Ms. Sarima, the Best Leisure Destination in the Asia Pacific and the Best Business Hotel in Bangkok awards reflect the hard work and close cooperation between Thailand’s private and public sectors plus an ongoing commitment to the highest standards of service and product excellence.

Ms. Sarima said, “I am delighted that Bangkok has once again been rightly recognised as the Best Leisure Destination in the Asia Pacific. We thank all involved in this award. No one will be resting on our laurels. Even after receiving the accolade for the sixth time, we intend to constantly strive to improve for many years to come.

Next year, TAT aims to continue to maintain the destination’s competitive edge in line with its ‘Amazing Thailand Tourism Year 2018’ marketing plan by providing quality leisure offerings to travellers.