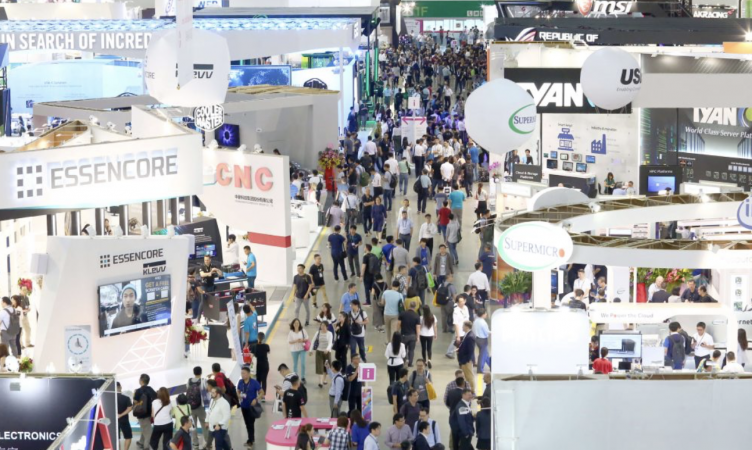 The four companies bring the total number of firms that have this year committed to invest in Taiwan to 106, under an MOEA program that seeks to encourage overseas Taiwanese companies to return home or invest more in existing operations in Taiwan. (NOWnews)

Before the four new pledges, the total planned investments under the MOEA program last week had topped the target of NT$500 billion for 2019 set by President Tsai Ing-wen (蔡英文).

TAIPEI (CNA) — Four more high tech companies have promised to invest in Taiwan under the government’s incentive program to encourage Taiwanese enterprises operating overseas to return home, boosting total pledges to almost NT$540 billion (US$17.22 billion) so far this year, according to the Ministry of Economic Affairs (MOEA).

The four companies bring the total number of firms that have this year committed to invest in Taiwan to 106, under an MOEA program that seeks to encourage overseas Taiwanese companies to return home or invest more in existing operations in Taiwan, the ministry said, adding that investments could potentially create more than 45,700 new jobs.

The MOEA launched the incentive program in January to encourage Taiwanese companies that have shifted all or part of their operations overseas in recent decades, especially to China, to invest more in Taiwan as a way of avoiding high U.S. duties on products made in China.

The incentives offered include easier access to bank loans and a simplified process to recruit migrant workers, as well as services tailored to meet their needs.The MOEA has said it will work hard to try and ensure at least NT$170 billion of the pledged investment is realized in the second half of this year, as a way to boost the local economy.

According to the MOEA, Unimicron, which has the highest production value of any PCB company in the world over the past three years, has followed its clients’ request to increase production in Taiwan in a bid to avoid the impact of the ongoing trade war. The MOEA said many semiconductor manufacturers around the world are Unimicron clients.

As a result, Unimicron has pledged to invest NT$26.5 billion in Taoyuan to add high-end PCB production capacity by introducing smart manufacturing and eco-friendly manufacturing for its semiconductor clients and the investment is expected to maintain the PCB maker’s lead over its peers in the global market.

Meanwhile, Qisda has decided to invest NT$2.5 billion to build a smart factory in Taoyuan and add production lines for communications and optoelectronic devices as well as value added products, by introducing automation and artificial intelligence analysis to boost efficiency, the MOEA said.

Ta-I has plans to invest NT$2 billion to expand production capacity in Taoyuan and its planned investment aims to meet demand from some of its Taiwanese clients, which are returning home amid escalating trade friction between Washington and Beijing.

The investment involves rolling out chip resistors for a wide range of products such as automotive electronics, 5G and industrial precision items, the MOEA said.

The ministry said Taiwan Semiconductor will invest NT$1.5 billion to add production lines to its existing factory in Yilan and the investment will use sophisticated equipment to boost yield rate.

The four investments are expected to add 1,795 new jobs in Taiwan, the MOEA added. In addition to the 106 companies that have already pledged investment, the ministry has received applications from another 40 enterprises to join the program.