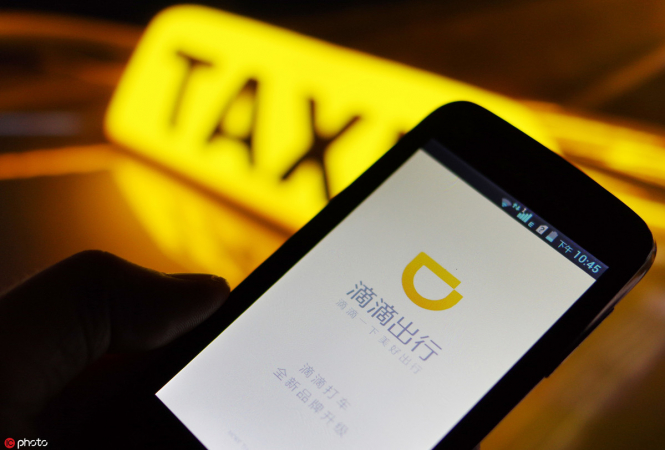 Safety is the bottom line for all transportation services, and even if the “hitch” service is resumed in the future, the only key performance indicator is whether it is safe enough, not how much profit it brings, says Didi Chuxing CEO Cheng Wei. (Photo/IC)

China's e-hailing market is poised to recover and grow steadily over the next two to three years, despite the downturn caused by safety concerns and stricter regulations, industry insiders said.

“The e-hailing market should enter into a healthy and stable period between 2019 and 2021 driven mainly by robust demand as consumers still take e-hailing as a cheap and convenient means of transportation,” said Raymond Tsang, a partner at management and consulting firm Bain & Co.

It is forecast that the country’s e-hailing market will grow at an annual compound rate of 10 to 15 per cent in 2021, higher than the forecast of less than 5 per cent year-on-year.

“Further opportunities remain in the lower-tier cities as demand in the top-tier is already saturated. The growth rate of monthly active users in top-tier cities only hit 10 per cent by the third quarter of last year,” Tsang said.

China’s mobility market is expected to hit a bumpy patch because of increased supervision by the government and rising worries over safety after a passenger was killed by a driver while using the “hitch” service on the platform of major ride-hailing firm Didi Chuxing.

A Bain & Company report said shared mobility investments in China fell 48 per cent last year, mainly due to a decline of 90 per cent in e-hailing investment.

Three of the four major mobility sectors, including e-hailing, bike sharing and business-to-consumer car sharing, are floundering in the country. Only the instant delivery services are showing signs of growth, with sales rising by 40 per cent in 2018, Bain & Company research showed.

“Despite these challenges, we see a route to profits for the mobility industry, not only in China but throughout Asia’s developing markets, from Indonesia to India,” said Tsang.

He said the essentials of such a recovery lie in restoring customer confidence, and Chinese companies are already responding to safety concerns by implementing functions such as emergency contacts and real-time location sharing.

Didi said it plans to invest more than 2 billion yuan (Bt8.7 billion) this year as part of a broader effort to improve safety mechanisms for passengers and drivers on its platform. It also unveiled a special protection plan for women passengers, who account for 50 per cent of "hitch" service users.

"Safety is the bottom line for all transportation services, and even if the ‘hitch’ service is resumed in the future, the only key performance indicator is whether it is safe enough, not how much profit it brings,” said CEO Cheng Wei, following the suspension of the hitch service.

Beyond restoring consumer confidence, Tsang said that companies should also scramble to get creative on the back end to improve efficiencies and cut operating losses.

“For example, e-hailing companies can reap significant benefits by investing in electric vehicle fleets. This could decrease fuels costs by as much as 65 per cent according to our research,” he added.