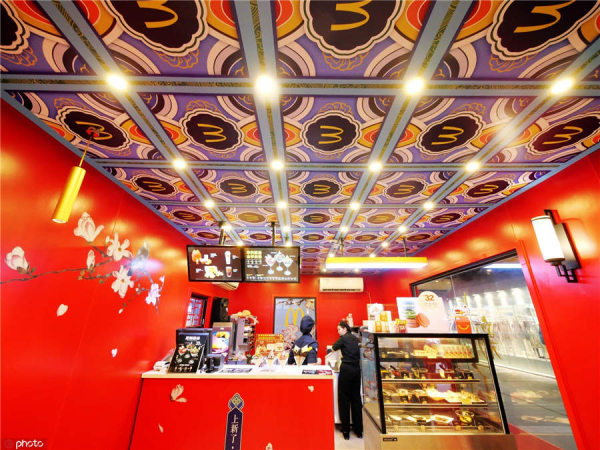 Customers shop at a McDonald's pop-up shop featuring architectural elements of the Forbidden City in Guangzhou city in the southern China province of Guangdong on August 19. (Photo/IC)

A McDonald's pop-up dessert shop themed on China's Palace Museum, also known as the Forbidden City, opened on Monday in Guangzhou, in the southern China province of Guangdong.

The decor uses architectural elements from the Forbidden City, such as the caisson on the ceiling, golden yellow glazed tiles, gold door handles, and a dragon throne. The combination of classic and modern styles is visually stunning.

This McDonald's dessert station is called the "imperial kitchen", and visitors can enjoy desserts by choosing their favourite ingredients.