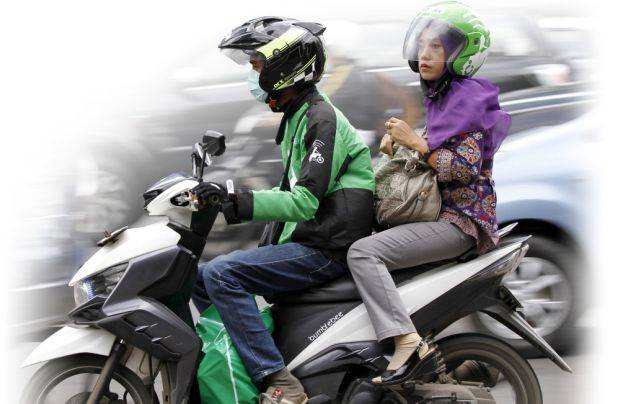 A motorcycle-based e-hailing service is getting closer to becoming a reality in Malaysia following a nod from the Cabinet.

Youth and Sports Minister Syed Saddiq Syed Abdul Rahman said yesterday that the Cabinet and unanimously agreed to allow the app-based service, which is similar to summoning a private car.

“We are sincere in ensuring that the ‘mat motor’ group has tens of thousands of job opportunities.

“At the same time, we want our uncles and aunties running warung (kiosks or stalls) businesses to be able to sell their products using these services. Our young entrepreneurs, too, will be able to sell their stuff,” said Syed Saddiq, who added that allowing motorcycles to bridge that “last mile” would also encourage more Malaysians to use trains and buses.

“We will continue to work hard to ensure a bright future for our young people,” he said in a video posted on his Twitter account.

Earlier, Entrepreneur Development Minister Datuk Seri Mohd Redzuan Yusof said this week’s Cabinet meeting discussed the matter at length and agreed “in principle” for motorcycle e-hailing to be made available in the country.

“The Cabinet has instructed both the Transport Ministry and the Youth and Sports Ministry to study this matter in detail, particularly the legislation aspect.

“We want to ensure that whatever programmes we implement to develop our youth’s economic opportunities will be done legally and not violate existing laws,” Mohd Redzuan told reporters after launching the Tekun Mart Mobile programme at his ministry.

He said it might take “one or two months” for the two ministries to come up with a way to allow motorcycle e-hailing to be legalised, after which the motion will be tabled for Cabinet approval.

“It would not be difficult to implement, with the existing laws that we have. We need to look at safety aspects, for example, such as not allowing this service on expressways,” he added.

The idea to bring bike-hailing services to Malaysia was recently brought up by Syed Saddiq after a meeting between Gojek founder Nadiem Makarim and Prime Minister Tun Dr Mahathir Mohamad and Transport Minister Anthony Loke on Monday.

He later clarified that the move was not merely to bring in Gojek but all other e-hailing companies that include the Johor-based Dego Ride.