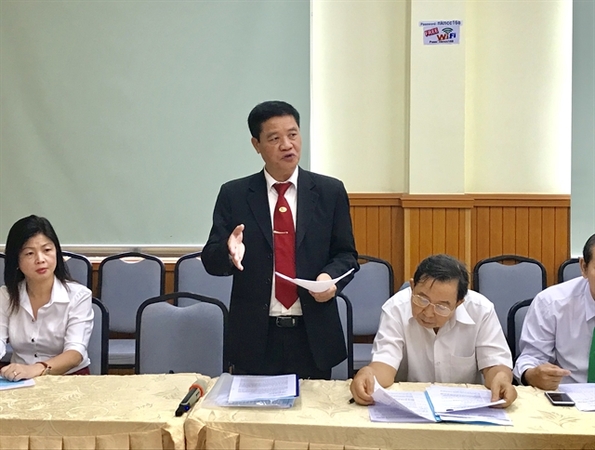 Traditional taxi companies in Vietnam have demanded that their app-based counterparts with less than nine seats should be subjected to the same treatment to “ensure fairness, transparency and the same responsibilities towards customers.”

The proposal was made at  a conference in Ho Chi Minh on Thursday (August 22).

If accepted by the authorities, all vehicles will have to put up the sign ‘TAXI CAR’ on the front glass, list full information on the vehicle as prescribed and carry a ‘TAXI’ sign on the roof.

This recommendation has also been made in a draft decree by the Ministry of Transport as one of the conditions for the automobile transport business.

Huynh Thi Le Thuy, deputy general director of the Representative Office of the Ministry of Justice in HCM City, said it was vital to ensure cars booked through ride-hailing applications are managed in the same way as traditional taxis.

It was also important to create a level-playing field between traditional taxi firms and app-based operators such as  Grab, she said.

“Vietnamese enterprises should not lose competition rights in the domestic market due to unreasonable regulations,” she said.

Vinasun blamed Grab as the sole reason for its drop in earnings since the latter's entry into Vietnam.

Grab claimed to be a technology firm but Vinasun refuted this, saying it was a taxi company with a large number of drivers.

In Southeast Asia, the rise of ride-hailing companies like Grab and Go-Jek has shaken up urban transportation and caused traditional taxi operators to lose market share.

Flush with money and technology, ride-hailing innovators have been able to attract new users with convenience and lower fares.

Grab came to Vietnam in 2014. Competition has since become intense with several local players and Indonesia’s Go-Jek entering the fray.

The conference was not attended by Grab executives.

Other topics discussed at the event included technology application in inland waterway management and solutions to improve its efficiency and legal issues related to the application of digital technologies in aviation.