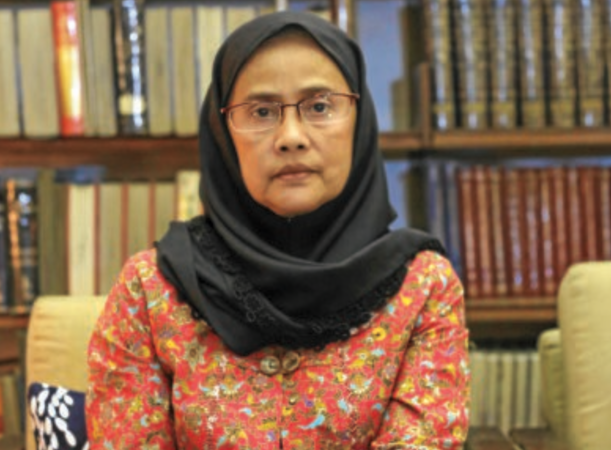 MANILA, Philippines — Angkhana Neelapaijit speaks in a hushed, gentle voice. But when this 63-year-old Thai woman speaks, she cannot be ignored.

Neelapaijit has been the voice of thousands of victims of human rights abuses in Southern Thailand since her husband’s forced disappearance in 2004.

Lawyer Somchai Neelapaijit was then representing five Thai Muslims who were accused of robbery and were reportedly subjected to torture while in detention.

The lawyer was last seen in Bangkok in 2004, reportedly forced into a car by a group of men.

After her husband’s disappearance, Angkhana Neelapaijit went from being a housewife to taking up her husband’s cause as a human rights crusader, documenting human rights violations in her country to pressure the government to act on these cases.

This cause eventually encompassed cases of gender inequality and issues of judicial harassment in Southeast Asia.

For five years, Neelapaijit worked as a member of the National Human Rights Commission of Thailand. She was the first commissioner who worked on a grassroots level, an approach that she said had helped her gain the trust of people.

But in July, Neelapaijit and another commissioner resigned, after a new law effectively transformed the commission from an independent body to a government-controlled entity.

“The message of the commissioner is very important. It can protect the victims. But the commissioners were no longer allowed to speak, so how can they perform their function?” Neelapaijit told the Inquirer in an interview at the Ramon Magsaysay Center in Manila.

Then suddenly, a bigger role fell on her lap — as award winner

— just days after her resignation on July 31 as human rights commissioner.

On Aug. 2, the Ramon Magsaysay Foundation announced that Neelapaijit was among the recipients of the prestigious award for “championing justice, case after painful case.”

Neelapaijit has gone further in her advocacy, pushing for the protection of employees from harassment in the workplace and to stop judicial harassment of human rights defenders. She was also among the proponents who drafted Thailand’s gender equality law.

“When human rights violations happen, most of the victims [say] they want their case to be last. But it will not be the last if you do not have some epic mechanism to protect [human rights]. This is what I’m trying to do,” she said.

“[For] cases of disappearance, the cabinet ratified the United Nations convention against state disappearance since 2017 and the Ministry of Justice drafted a law to protect people from torture and disappearance. It’s still pending in parliament, but this is why we have to work more.”

But Neelapaijit has also been subjected to attacks and investigations in parliament. She must also deal with the spread of fake news and propaganda.

“We cannot stop. If we stop, it will happen and happen again,” she said. “You have to work the hardest so that you can change the system, but it is not easy. As the human rights commissioner, I used to be attacked by the parliament. But my mandate is on the civil and political rights, not the government.”

After her resignation from the rights body, Neelapaijit is going back to development work, where she feels that she can be free to champion her cause.

In 2006, before she was appointed human rights commissioner, Neelapaijit founded Working Group on Justice for Peace (WGJP). The organization brought to court cases of forced disappearances and lobbied for laws aimed at ending impunity. WGJP also worked with other human rights organizations.

“I think that now I want to go back to my roots and continue my work,” she said. “I’m really lucky that the people, mostly Thai people, respect me. I think I can do better now than when I was the commissioner.”

According to Neelapaijit, Thailand has yet to pass laws that uphold human rights, unlike the Philippines where asylum seekers are welcome and where a law against torture and forced disappearance exists.

“I think the Philippines has a traumatized memory. Since the past year you handle strongly how to fight independently. You have a long history of fighting for freedom. For Thailand, we were never colonized, so we do not have the background of the people who love to come together and try to protect our rights,” Neelapaijit said.

She also cited similarities between Thailand’s human rights situation and that of the Philippines.

In 2003, a war on drugs aimed at suppressing drug trafficking and the proliferation of illegal drugs was launched in her home country. Some 2,800 people were killed. According to an official investigation, half of those who were killed were not involved in the drug trade.

“We do similar things to our people. We don’t have a law but we have a strong network of Asean (Association of Southeast Asian Nations) people and we have to work together. It’s very important how we can support each other,” Neelapaijit said.