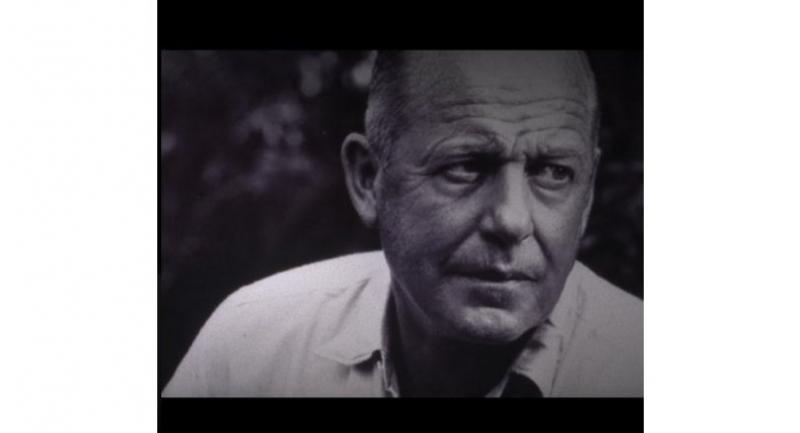 On Easter Sunday in 1967, Jim Thompson went for an afternoon walk in the Cameron Highlands’ jungle-clad hills. The American, known as the “king of Thai silk”, was on vacation in Malaysia with friends at the Moonlight Cottage, a colonial-period villa in the old British hill station north of Kuala Lumpur.
Something happened during his walk. Thompson was never seen again. His disappearance has been a mystery for half a century. A huge search turned up nothing. No ransom or other note was found. Thompson had left his medications behind, which suggested foul play. Several books have been written about him, spawning an array of theories about his fate that range from tiger attack to a CIA plot.

First breakthrough
A breakthrough in the case was made in 2013 by my friend Xuwicha “Noi” Hiranpruek. He called and said, “I think I may have solved the mystery”. Noi recounted a discussion he had with a Singaporean friend, Teo Pin, who told him the Communist Party of Malaya (CPM) had killed Thompson during his visit to the Cameron Highlands. This was a new theory. How did Teo Pin know this? It was a deathbed confession of his uncle, Teo Pok Hwa, who had been a senior CPM cadre for decades fighting against the British and, later, the Malaysians.
I met Teo Pin in Singapore. He was a pleasant, soft-spoken fellow, but reticent to speak about Thompson’s demise to a stranger. I told Teo Pin his information could be very important in explaining Thompson’s death and asked for details. He said his uncle Teo Pok Hwa told him that when Thompson arrived in the Cameron Highlands he asked to be put in contact with Chin Peng, the secretary general of the CPM and then the most wanted man in Malaysia.
Teo Pin said asking to contact Chin Peng aroused immediate suspicion in the Camerons, a longtime stronghold of the CPM. The Moonlight Cottage, where Thompson was a guest, had at one time been a local headquarters of the CPM. Staff members were CPM sympathisers at the time he stayed there.
The year 1967 was a bad time for an ageing American with a background in intelligence gathering to seek out the most wanted man in Malaysia. The communist struggle was not over. A second “Emergency” began a year later and did not end until the Malay communists surrendered in 1989. Thompson was put under surveillance while the CPM checked his background. They learned that the American had been an intelligence officer during World War II. He was suspected of being a spy.
At the time, communication was difficult for the CPM. They lacked radios and relied on couriers to carry messages among disparate groups around Malaysia and their border headquarters in Betong, Thailand. Each CPM cell was pretty much on its own and handled security issues themselves. A decision was likely made locally, and Thompson killed during his Easter Day walk in 1967. The CPM made sure that no physical evidence was found.
I told Teo Pin his information needed corroboration. Was there anyone who could confirm Teo Pok Hwa’s story? He said no. His uncle abandoned his wife and five children to fight for the CPM and had been away for decades. I thanked Teo Pin and said we would continue to look for confirmation.

More than a silk tycoon
So, who was Jim Thompson? Much more than a silk merchant, for sure. He was a Princeton graduate from a prominent Delaware family who had served with distinction as an officer in the Office of Strategic Services (OSS) during World War Two.
When the war in Europe ended in May 1945, a number of OSS “stars” were shifted to the China-Burma-India theatre of operations. Jim Thompson, now a major, was one of the officers selected.

Journey to meet Pridi
In Thailand, Thompson became friends with the liberal post-war prime minister Pridi Banomyong, who had served as a leader of the anti-Japanese resistance. Unlike some OSS colleagues who shifted to the CIA when it was founded in 1947, Thompson left government service and disagreed with American foreign policy after the war. He opposed the return of Western powers to their colonies in the region. But it did not affect his friendship with people with whom he had served. One example is Willis Bird Sr, a top OSS officer who had known Mao in China during the war, and who set up businesses in Thailand, including airlines and selling weapons to the Thai government. Thompson was loyal to old friends including Pridi, who was forced from office by a coup d’้tat by his old nemesis Plaek Phibunsongkhram.
The search for Thompson’s killers suddenly came to life in spring this year, when Noi called me again. “I have a second source,” he said.
Noi had approached his old friend Willis Bird Jr, known to his friends as Billy, for information on what happened to Thompson.
Noi recalled, “Billy was quiet for two or three minutes... and said ‘Can I tell you something that I have never spoken to anyone about for 50 years?’ He then told me about a conversation between his father and Jim Thompson.” Both Willis Bird Sr and his friend Thompson were close to Pridi when he was prime minister in 1946. Willis told Thompson in 1966 that Pridi – who was then in exile in China – wanted Willis to come to see him. Willis thought it a bad idea. The US and Thailand were heavily involved in the Vietnam War and Laos, and Willis wanted nothing to do with Pridi, who was seen as a communist sympathiser. Thompson was loyal to the deposed Thai leader and said he would make the hazardous journey instead.
The first leg of the journey would be the Easter trip to the Cameron Highlands. Willis Sr said the Communist Party of Malaya must have killed Thompson, possibly at the behest of the Communist Party of China.
Noi saw Teo Pin come to the same conclusion, because of the deathbed conversation with his uncle.
Willis Bird Sr had told his son the CPM had killed Thompson while he was in Malaysia where Willis thought Thompson was trying to arrange further transport to meet Pridi.
My next move was to contact Neil Hollander, my partner at Adventure Film Productions. Neil and I have made about a dozen films in Thailand and Myanmar, including four for the Jim Thompson Foundation (he was director, me producer). With editor Adam J Goldstein from New York, we shot and edited a 43-minute film in Thailand and Malaysia – interviewing Xuwicha, Teo Pin and Willis Bird Jr.
Jim Thompson was an unwilling participant and an unlucky victim of the power struggle that gripped Southeast Asia after WWII. Xuwicha Hiranpruek found two sources of information which provided key pieces that helped solve the mystery of Jim’s untimely death. Teo Pin identified the group that killed Jim and Billy Bird provided the reason why Jim tried to visit Pridi Banomyong via the Cameron Highlands.
But questions still remain. Why did Thompson ask to see Chin Peng, the CPM leader? The move was bound to arouse suspicion and put his life in danger. It is ironic that Thompson, a man who had forsaken a life of clandestine adventure and turned his back on politics should be lured back into “the game” to help an old friend. His past called him back and on Easter Sunday 1967 on a jungle path not far from the Moonlight Cottage, now known as Jim Thompson Cottage, he paid the ultimate price.
The film will be shown in Bangkok for the first time at the Foreign Correspondents Club of Thailand on Wednesday, December 6.