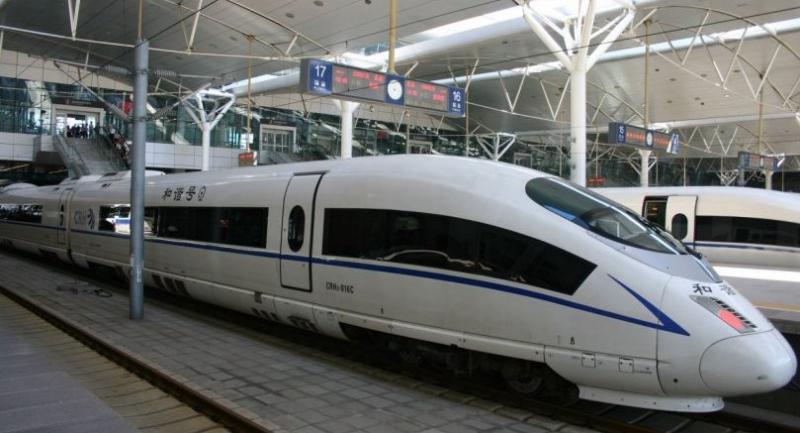 WITH PROGRESS made in rail projects in Laos and Thailand, China has advanced its dream of a trans-Asian railway network to link Southeast Asia. But no one can predict when the dream will become true, as many countries in the region remain at different stages of development and commitment.

Long before China’s Belt and Road Initiative, Asean planned in 1995 to build a railway from Singapore to Kunming, the capital of China’s Yunnan province. The grouping spent time and money exploring the possibility, but the project was never implemented until China took action years ago as its own rail industry incorporated world-class technology.

China now has 126,000 kilometres of rail across the country, including 25,000km of high-speed rail. Its main operator, China Railway, has 2.1 million employees with total assets of 7 trillion yuan (Bt34.6 trillion) and 1 trillion yuan revenues per annum. China’s 25,000km of high-speed rail makes up 60 per cent of the world’s total network of that kind. The country operates 5,000 high-speed trains transporting more than 5 million passengers per day. “We rank the first in the world in terms of high-speed train operations,” said Yang Zhongmin, chairman of China Railway International.

Chinese rail technology is now globally competitive as the state-owned enterprise China Railway is playing a leading role in 50 rail projects in 40 countries around the world, with Asean the main target, he said.

The country’s two related goals are to complete the trans-Asian railway with the potential to develop high-speed networks in each country.

The first 350kph high-speed train for Asean countries has already been initiated in Indonesia for the 142km Jakarta-Bandung route. Construction is expected to begin early this year.

For the dream of the trans-Asian railway, the 440km standard gauge rail in Laos was begun in late December 2016. Construction is expected to be complete by 2021.

The second phase will be extended to Nong Khai, which would complete the link to the Lao network expected by 2022. “By that time, we will complete the railway corridor from China through Laos to Thailand. It is the middle route of the trans-Asian railway, that was proposed some 20 years ago,” Yang said.

While Asean has not chosen a clear route to link Singapore to Kunming, Beijing has made it clear that it wants to develop three major routes: an eastern route via Vietnam, a middle route via Laos, and a western route through Myanmar before connecting to Thailand, Malaysia and Singapore.

China’s section could be completed in five or six years, but Yang said he could not predict the overall timeline since the development of the railway was closely linked to socio-economic development of other countries and their ability to raise funds.

For the middle route of the trans-Asian railway, the section in Laos has already begun and Thailand’s section is on the way. Malaysia and Singapore have plans to build a high-speed railway link from Kuala Lumpur to Singapore. For the eastern route, the only problem is in Cambodia – the planned 200km portion in that country is the missing link.

For the western route, Myanmar is planning a section in its territory and considering a future link to Bangkok.

While upgrading the existing rail could make the trans-Asian railway become a reality sooner, different rail gauges in some countries, including Thailand and Cambodia, could cause inconvenience and incur ongoing high operational costs, Yang said.

For the new rail link, Thailand and Laos decided to use standard gauge to fulfil what is expected to be the busiest route in the region, he said. However, while the Thailand-China train would have a maximum operational speed of 250kph, Laos’s trains could not move faster than 150kph.

Yang said technical standards in Laos and Thailand were the same but they were in different construction phases.