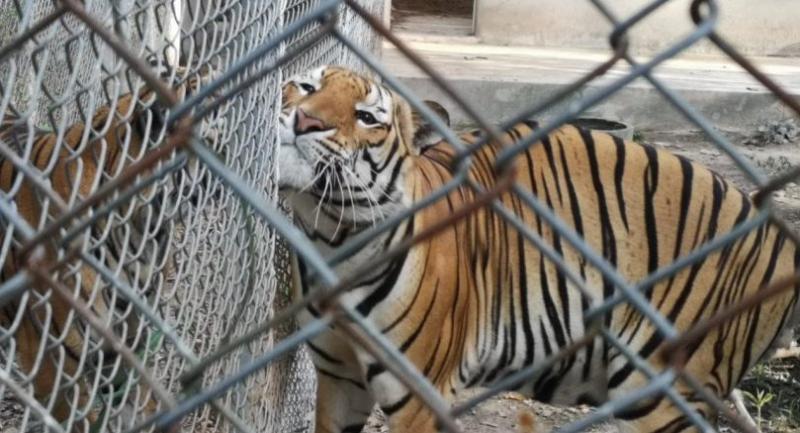 AS ONE of the last refuges of Indochinese tigers, Thailand is working to protect the endangered big cats from poachers.

A tiger conservation centre was launched last Friday in Huai Kha Khaeng Wildlife Sanctuary, where forest rangers will be trained to track the endangered big cats, their prey – and their poachers.
Hunting has taken a devastating toll on Indochinese tigers, native to Thailand and neighbouring countries.
They have disappeared from the forests of Vietnam, Cambodia, Laos and Myanmar. It has been a decade since one was last sighted in Cambodia, and in Vietnam the beautiful beasts have been hunted to eradication for their skin and bones, says leading tiger researcher Anak Pattanavibool.
With fewer than 160 tigers roaming its dense jungles – especially the western forest complex – Thailand is among the last refuges for Indochinese tigers, he said.
“The western forest complex is our biggest hope,” he said. Listed as a Unesco World Heritage Site, that forest is home to about 100 to 120 wild tigers, with 80 of these living in the Thungyai-Huai Kha Khaeng wildlife sanctuaries.
There used to be tigers in our other forests, such as in Phu Khiao and Nam Nao national parks in the Northeast and Khao Sok National Park in the south. But the Indochinese tigers, and their prey – deer, barking deer, gaur – were hunted to local extinction.
In times gone by, a gang of poachers could kill as many as 20 tigers in just two weeks with rifles or by poisoning them with pesticide-laced animal carcasses.
Despite heavy suppression by officials, poaching remains a threat. Better monitoring of forests by patrols is necessary, says Thanya Netithammakul, the director-general of the Department of National Park, Wildlife, and Plant Conservation (DNP).
Thus the Regional Tiger Conservation Training Centre (RTCT) in Huai Kha Khaeng Wildlife Sanctuary was set up by the DNP, United Nations Development Programme, Wildlife Conservation Society, and Kasetsart University to equip rangers with the know-how and technology to secure forests against poachers.
Rather than patrolling the forest and returning to report any threats, rangers at RCTC will be trained to use GPS devices and digital cameras to track hunters, tigers and their prey, and other endangered species, explains Anak.
They will also learn how to assess the tiger population using camera traps, monitor the population of the Indochinese tiger’s food source, and add to knowledge of the elusive big cat.
“We hope to be able to protect the western forest – one of the last secure habitats of the Indochinese tiger population,” said Thanya.