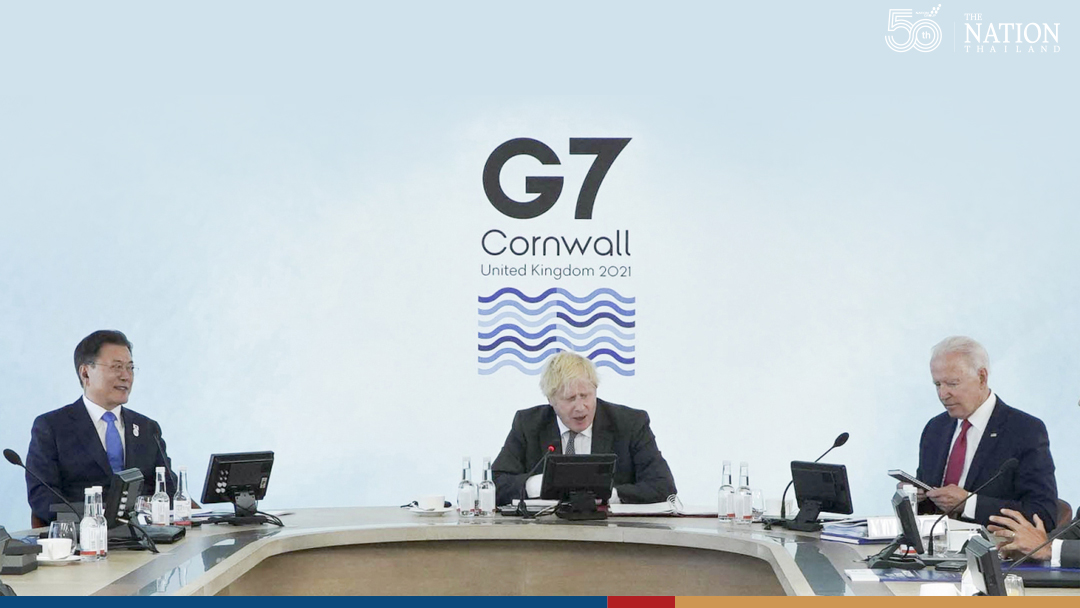 He stressed the importance of swiftly expanding vaccine supply to ensure "equitable access" in order to overcome the pandemic, while attending a plenary session on health on the second day of the summit, his office said.

"President Moon emphasized that an early expansion of vaccine supply is the most necessary short-term prescription to ensure equitable access to vaccines," his office said in a press release.

He explained Seoul's plan to offer $100 million in grants for the COVAX Advance Market Commitment (AMC) this year. The COVAX AMC is a financing mechanism intended to make COVID-19 vaccines available at low cost for more than 90 developing countries with relatively low incomes.

The president also said that Seoul would provide cash or materials worth $100 million in additional aid next year.

Participants in the "expanded" session included the leaders of G-7 members -- the United States, Canada, France, Germany, Italy, Japan and Britain, which hosts this year's summit -- in the British county of Cornwall. Moon has been invited as a guest along with his Australian, Indian and South African counterparts. Also present at the meeting were the heads of the World Health Organization, the World Trade Organization, the International Monetary Fund and the World Bank.

Moon is scheduled to participate in two other G-7 sessions Sunday on "open societies" and "climate and nature," respectively.

He arrived here on Friday for his first appearance at the annual G-7 summit.

He described his participation in the meeting as a chance for Seoul to broaden its "diplomatic horizons," with its international stature enhanced to be on par with those of G-7 members. (Joint Press Corps)