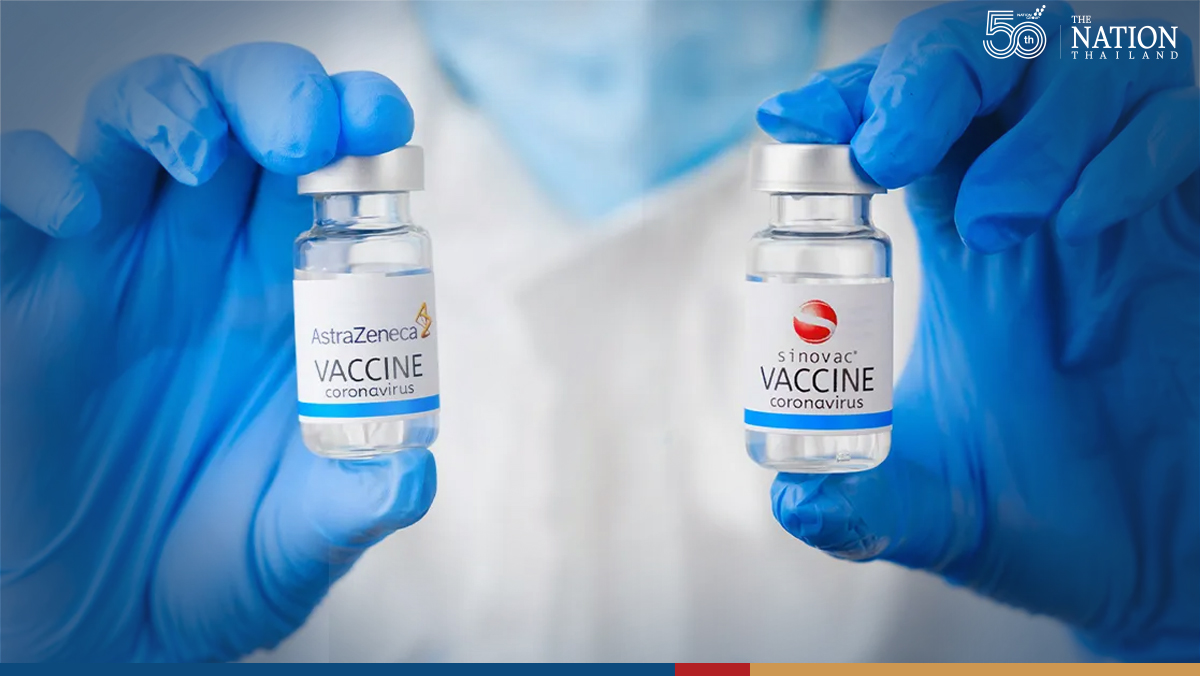 On Monday, the National Communicable Disease Committee announced Thailand will use AstraZeneca vaccine as the second dose for people who have received a first dose of Sinovac. The jabs will be spaced 3-4 weeks apart to increase protection against the Delta variant. The new policy will be rolled out first for front-line medical staff, 618 of whom were infected despite receiving two doses of Sinovac.

Professor Yong Poovorawan, Head of the Centre of Excellence in Clinical Virology at Chulalongkorn University, said a first shot of Sinovac followed by a second shot of AstraZeneca was found to offer almost as much protection as two AstraZeneca shots. Data also showed it boosts immunity more quickly as the second jab can be administered sooner, after six weeks rather than 12, he explained. “We can’t wait 12 weeks in this outbreak where the disease is spreading fast,” he said.

Using a dose of inactivated vaccine like Sinovac followed by a vector-virus vaccine like AstraZeneca produced a strong immunity-booster response in 1,200 volunteers, said Yong. No severe adverse effects were reported by the volunteers, whose data was collected via the Mor Prom app.

“In this study, we not only measured immunity but also did an inhibition test [to measure the antibody response to viral infection] and found excellent results, averaging 95 per cent and 99 per cent in multiple cases,” he said.

"We are in a bit of a data-free, evidence-free zone as far as mix-and-match," she said.