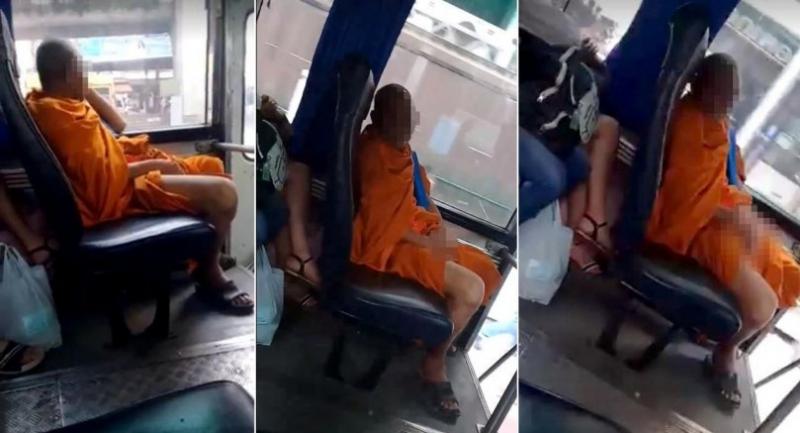 A Facebook user posting under the name Ammala Kongklai shared two short clips on Tuesday, saying she’d witnessed the scene at about 3pm the day before on the No 28 air-conditioned bus, near the Victory Monument.

She said the monk, who appeared to be in his 50s, was glancing at the thighs of a woman seated behind him and began rubbing at his groin.

The video clips – one 2.05 minutes long and the other 49 seconds – were deleted after three hours, only to reappear soon after, with Ammala saying Facebook’s automatic screening system had removed them.

She said she wanted police to locate the monk and take legal action.