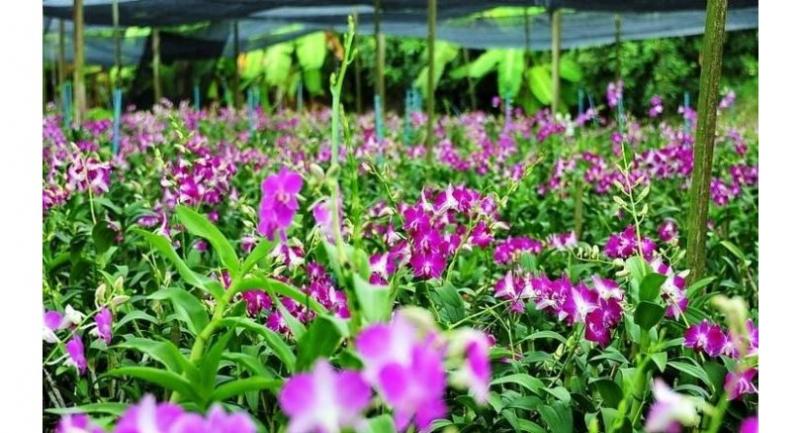 More Thai orchids will soon beautify weddings, conferences and restaurants in mainland China after the Thai Orchid Exporter Association joined hands with Ali Auction, an online auction platform under Alibaba Group, to promote export of the world-renowned flowers through e-commerce.

A memorandum of understanding (MoU) for the collaboration was signed last week.

In the initial stage, the Thai Orchid Exporter Association and Ali Auction will focus on promoting sales of Thai orchids to small businesses, including online and offline florists, wedding planners, conference organisers and restaurants in China Individual consumers will also be able to purchase them from the beginning.

The scope of the sales could expand going forward.

“Thai orchid growers should adapt to digital trends to be able to compete in the future,” said Kasan Chavanapanit, president of Thai Orchid Exporter Association. “The signing of the MoU will be a key step in the expansion of the orchid trade, which to date is still mainly conducted through traditional channels.”

He added that China is an important market, as the value of Chinese flowers trading through the online channel amounted to 36 billion yuan (Bt171 billion) in 2018 with the value expected to increase by 70 per cent in 2019.

Pornchai Tarkulwaranont, advisor to the Deputy Prime Minister and the Minister of Commerce, who witnessed the signing ceremony of the MoU, said the Ministry of Commerce (MOC) plans to expand orchid sales to the Chinese market via e-commerce through the collaboration.

Orchids, a well-known symbol of Thailand, are a key product category in its efforts to drive Thai exports.

Thailand is currently the world’s number one orchid flower exporter, with its top selling species being Dendrobium, Aranda, Arachnis, Oncidium and Vanda.

MOC data show an estimated US$400 million (Bt13 billion) global orchid market, with most of the orchids available on the market coming from the tropics.

There are currently more than 60 major orchid buyer markets worldwide, with the United States, Japan, Vietnam, China and Italy accounting for 68 per cent of the world’s orchid imports.

The agreement is the latest result of the close cooperation between the MOC and Alibaba Group to promote Thai agricultural products to the Chinese market and innovate Thailand’s agricultural sector through digital channels. This is part of a broader collaboration between the Thai government and Alibaba Group that in April 2018 began to help transform Thailand’s economy for the digital age.

Ali Auction, China’s largest online auction platform for both wholesale buyers and consumers, is hosted on Taobao Marketplace, Alibaba Group’s flagship social commerce platform. It enjoys access to more than 600 million annual active consumers, as of the end of September.

It facilitates several forms of online auctions by businesses and government agencies, covering a wide range of products including flowers, art pieces, jewellery, cars and collectables.