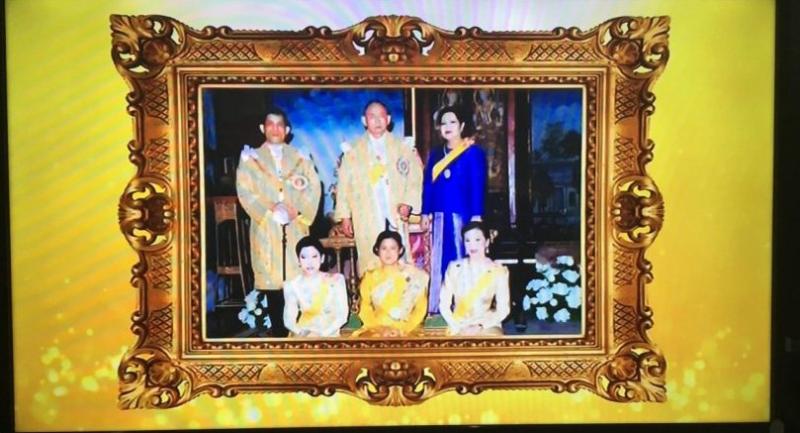 Picture of royal family is televised after HM the King statement

His Majesty the King issued a statement on Friday night prohibiting his older sister Princess Ubolratana Rajakanya Sirivadhana Barnavadi from entering politics after she decided to accept a pro-Thaksin Shinawatra party’s invitation to run as its PM candidate. Princess Ubolratana, who relinquished her royal status in 1972 after marrying a foreigner, is the oldest daughter of King Rama IX.

Though Ubolratana has given up her royal titles, she has maintained close ties with the Royal Family and worked under the name of the monarchy, the statement said, adding, “it is against tradition, norms and culture to bring members of the Royal Family into politics”.

The country’s charters, including the current Constitution, have given the monarchy a special status, keeping them above politics and protecting them from legal action and defamation.