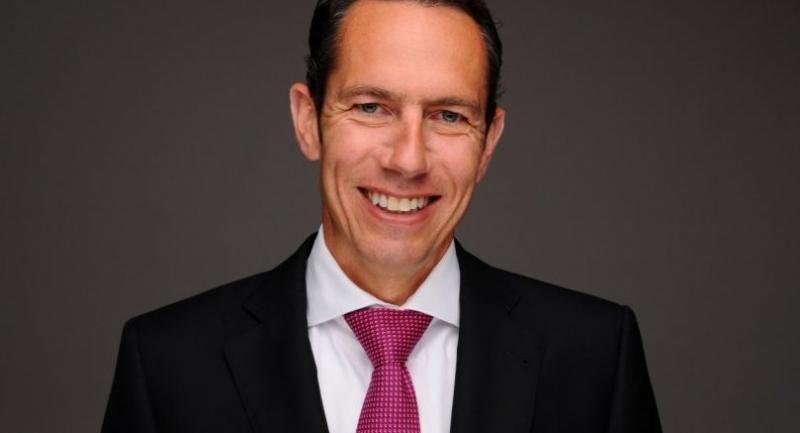 Emerging middle class the key to success for DKSH in the region, says top executive

The trend towards outsourcing more services to companies such as DKSH was the other factor boosting the company’s business in the region, said Stefan Butz, chief executive officer of DKSH Group.
“Of our total group sales of US$10.7 billion (Bt355 billion) last year, we generated around two-thirds in Southeast Asia. We have more than 25,000 specialists over all 10 Asean countries. In Thailand alone, we have around 11,000 specialists,” he said.
“Being such an important player in the region, we continuously invest there. A couple of weeks ago, we opened a distribution centre in the temple city of Siem Reap in Cambodia, and in the coming months, we will inaugurate a medical devices distribution centre in central Bangkok.”
In July, DKSH revealed a partnership with and acquisition of Wicaksana, a distributor of consumer goods and pharmaceutical products from Indonesia.
“Through the partnership and acquisition, we are able to help consumer goods and healthcare companies grow in the fast-developing Indonesian market as well.
“So we see many growth opportunities across the Southeast Asian nations,” he said.
With 630 million people, Asean is an enormous market, he said. DKSH firmly believes that Asean will be a new economic powerhouse in the world.
Leading institutions forecast that Asean will be the fourth-largest economy by 2050, leaving Europe and the US far behind. Among the main drivers are Asia’s growing middle class and its increasing spending power. Asean’s middle class will more than double from 190 million people in 2012 to 400 million in 2020.
This encourages more companies to enter and expand in the region.
Another development is the rise of intra-Asian trade. From 2000-14, pan-region investments grew 28 per cent, as opposed to investments from outside the region, which grew 12 per cent.
Economies in Indochina – Vietnam, Laos, Cambodia and Myanmar – are among the fastest growing in the world.
The three growth drivers are the rising middle class, increasing intra-Asian trade and trend to outsourcing sales, marketing and distribution of consumer and healthcare products.
DKSH was sold on the long-term growth prospects in Thailand, where the company is active with four business units – consumer goods, healthcare, performance materials and technology. It sees further development opportunities in all of these areas.
“With around 11,000 specialists, Thailand is DKSH’s largest and most important market. We have been helping companies grow in the Kingdom for 111 years – since 1906 – and continue to invest in our business,” he said.
“The new medical devices distribution centre in Bangkok is one of current investment projects.
“The new facility is strategically located in Rama 3, for fast inbound and outbound transport with easy access to many hospitals and the city centre of Bangkok.
“We can deliver our clients’ lifesaving medical devices into operating rooms, 24 hours per day, seven days per week,” he said.
Besides representing many international clients and brands in Asean, DKSH has also helped groom local players into true Asean success stories. The company has been instrumental in expanding the presence of Malaysia’s Old Town White Coffee across Asean.
Likewise, Haw Par, the Singapore-based producer of Tiger Balm, markets its healthcare products in several Asean markets through DKSH.
Indonesia’s Garuda Food, a snack and confectionery producer, also relies on DKSH’s marketing and sales expertise in expanding to other Southeast Asian countries.
“We also help several Thai brands grow within Asean,” Butz said.
“For example, we recently announced that we are helping Scotch expand its business to Laos. This is after the Thai company transferred its marketing, sales as well as distribution activities for all its brands and products to DKSH in its home market of Thailand earlier this year.
“We also successfully introduced Scotch’s products in Myanmar two years ago,” he added.