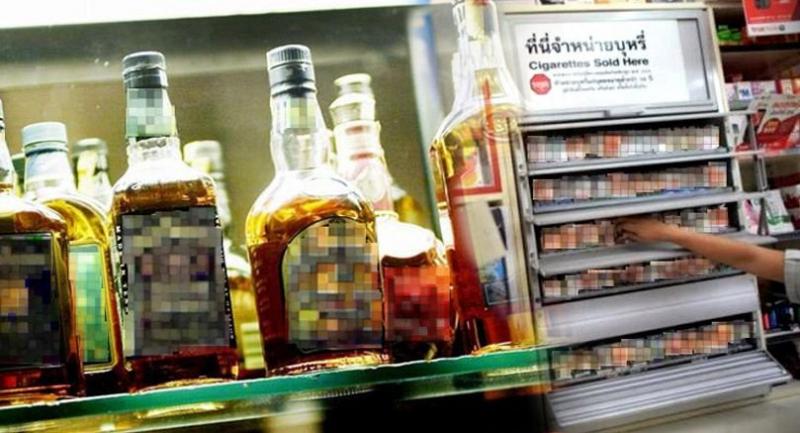 AUTHORITIES tightened border controls to prevent smuggling while a leading international tobacco company yesterday urged the government to improve the structure of the tobacco tax to meet global standards after a new excise tax took effect over the weekend, raising the retail price of cigarettes and alcohol.

The Excise Department announced a new tax structure and new rates on Saturday. For low-cost cigarette brands priced costing Bt60 or less, the tax will add Bt4 to Bt15 per pack, while higher-priced cigarettes will be taxed at Bt2 to Bt10 more per pack.
Philip Morris Thailand Limited (PMTL) congratulated the Thailand government on the implementation of its new excise tax system based on suggested retail prices, while stating that the company supported the government initiative to address the expansion of cheap cigarettes, but said the new tobacco tax system fell short of international best practices.
“The announced tobacco excise rates still have room to improve to meet the global best practices endorsed by a number of organisations including the World Bank, World Health Organisation and nearly all developed countries,” Gerald Margolis, PMTL managing director, said in a statement.
The new tax system creates a tiered tax by providing a 50 per cent reduction on the ad valorem, or “according to value”, excise rate for cigarettes priced below Bt60 a pack, he said.
The tiered tax structure created an unfair playing field among domestic manufacturers and importers, and would accelerate down trading by providing incentives for manufacturers and importers to produce cheap cigarettes, he said.
This would further promote smoking, including among the young. “We believe that the government’s transition plan moving towards a single tax rate at the end of the next two years is a step in the right direction, and fully support and encourage the acceleration of that plan,” he said.
PMTL wanted to move towards a smoke-free future and supported a tax policy based on the principle of tobacco harm-reduction that encourages smokers to switch from cigarettes to less harmful alternatives, such as noncombustible tobacco products, he said.
These products and tax policies should bring health benefits to Thailand, Margolis said. He added that the firm was assessing the impact of the new structure and would take necessary steps to maintain a competitive portfolio for its business.
Meanwhile, news of the new excise tax kept duty free shops at the borders with Malaysia and Cambodia busy yesterday as Thai consumers looked for cheaper cigarettes and alcohol, according to vendors and customs officials.
The authorities allow the import of one litre of drinking alcohol and 200 cigarettes from abroad free of tax. People in Yala’s Betong district were making unusual border crossings to buy the items from duty free shops on the Malaysian side yesterday, Thai officials said. They added that they were strictly imposing the quota.
In Si Sa Ket province’s Chong Sa Ngam checkpoint yesterday, security and customs officials tightened controls as they feared smuggling of cigarettes and alcohol from Cambodia into Thailand in the wake of the tax rise.