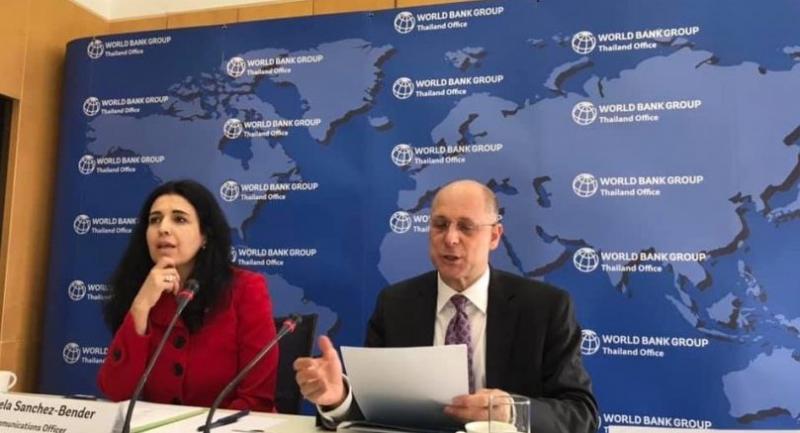 Economic growth in developing East Asia and the Pacific is projected to soften to 6 per cent in 2019 and 2020, down from 6.3 per cent in 2018, largely reflecting global headwinds and a gradual policy-guided slowdown in China, the World Bank said on Wednesday.

The Bank said that the region’s economies had weathered the financial-market volatility of 2018 relatively well largely due to effective policy frameworks and strong fundamentals, including diversified economies, flexible exchange rates and solid policy buffers. Domestic demand has remained strong in much of the region, it added.

Andrew Mason, World Bank acting chief economist for the East Asia and Pacific region, warned of downside risks to growth due to further deceleration in advanced economies, the possibility of a faster-than-expected slowdown in China, and unresolved trade tensions.

Thailand’s growth rate is expected to be slower than the regional average.

The Bank projected Thailand’s economic growth rate at 3.8 per cent this year and 3.9 per cent next year, down slightly from 4.1 per cent in 2018.