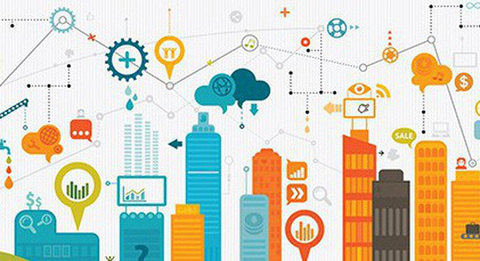 Vietnam aims to become the leading digital country and economy in the Asean region by 2030 and allow testing of new technologies in the digital economy.

This is one of the proposals in a draft project on national digital transformation by Vietnam’s Authority of Information Technology Application (AITA) under its Ministry of Information and Communications.

The ministry has assigned AITA to develop the project and submit it for approval in November. The project aims to realise orientations and policies of the government to develop the economy based on digital technologies.

Speaking at a conference this week to review MIC’s activities in the first half of the year, AITA director Nguyen Thanh Phuc said that all people would be able to participate in the digital economy.

Phuc said the main targets would include improving the competitiveness of the economy, with the average growth rate of the digital economy reaching 20 per cent a year, and labour productivity growth of 7 to 10 per cent by 2030.

The project also aims to take Vietnam into the global top 20 and Asean top three in terms of the global competitiveness index, as well as building a transparent and effective government to be in the world’s top 50 in terms of e-government.

In addition, the project plans to have everyone using mobile payment services by 2030.

“Electronic identification will be widely recognised and used by the State to promote not only transactions between people and governmental agencies but also other transactions in the digital economy,” Phuc said.

The draft expects all Vietnamese people to be equipped with skills to be safe in cyberspace.

The AITA said Vietnam had paid attention to the application and development of information and communications technology. However, digital transformation had been ignored, thus breakthroughs in terms of models, production processes and products based on data and digital technologies had been lacking.

The Ministry of Information and Communications stated that Vietnam needed to develop a safe network security ecosystem. There would be some 100 network security businesses in the next two years while 50 network security products and services by Vietnamese firms would be widely used. The number of specialists in the sector would reach some 1,000 people and bring the market to US$1 billion to $2 billion by 2020.

Nguyen Huy Dung, director of the ministry’s Authority of Information Security, said that though Vietnam had a modest position in the world’s network security map, the country still had opportunities to develop.

To realise the target, Vietnam’s network security products and services must be widely used around the world. There should be reputable Vietnamese experts working in the world’s leading corporations on network security. Security experts should return to Viet Nam to start a business, Dung said.

Each organisation and business should allocate at least 10 per cent of total spending to IT to ensure network security. They should prioritise local products and services.

Statistics from the ministry show that the network security sector has seen strong development. In the first half of the year, there were 20 firms granted business registration on trading of network security products and services.