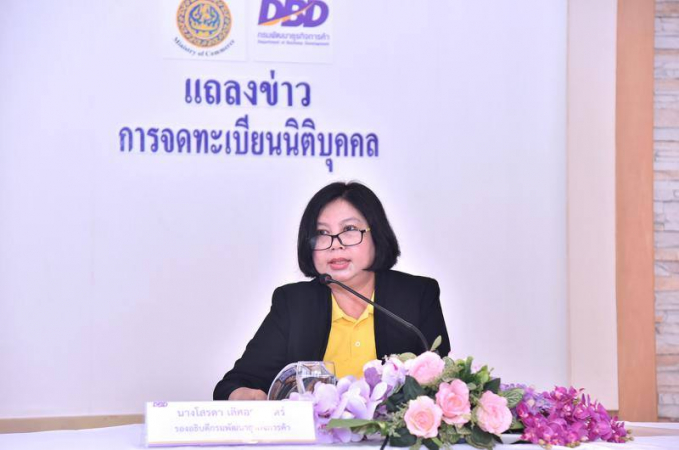 The number of new businesses registered in Thailand the first half of this year has risen 2 per cent year-on-year, according to the Department of Business Development, though the number of new firms set up in the month of June was still significantly less compared to the same month last year.

The top three categories for new businesses were construction, real-estate and restaurants, which attracted a total investment of Bt15.147 billion in June, down Bt20.071 billion or 57 per cent compared to May, when Bt35.218 billion was invested. Investment in June this year had also dropped by Bt9.442 billion or 38 per cent year on year in comparison to June last year, when Bt24.589 billion was spent on setting up new businesses.

Meanwhile, 38,222 new businesses were registered from January to June this year, 2 per cent more than the same period last year. The top three categories for the newly registered businesses were construction, real estate and dining outlets. Though the number of new businesses set up in the first half of this year was higher, the total capital invested was Bt117.756 billion, 18 per cent less than the amount invested in the same period last year.

Up to 6,667 businesses, in construction, real-estate and management consultancies, closed down in the first six months of this year, 6 per cent more than the same period last year, while their total investment was Bt22.336 billion, 43 per cent less than that of businesses shuttered last year.

Sorada said in June, 42 foreign businesses set up shop in Thailand, bringing Bt8.322 billion in investment. Of the foreign businesses, 14 are from Japan with a total investment of Bt2.999 billion, followed by seven from Singapore with Bt178 million and two from China that have spent Bt115 million on their capital.

Sorada said the department had previously forecast that 70,000 to 72,000 businesses will be registered this year, similar to the 72,109 businesses registered last year. However, setting up new businesses this year is riskier, especially since the baht is appreciating against the US dollar, which is affecting competitiveness both in terms of pricing and income, the impact from the US-China trade war and Thailand’s political situation.

“We expect the new government to launch new stimulus measures, which will boost the confidence of new investors, especially small and medium enterprises [SMEs]. We have seen some 6,370 new businesses registered every month, and if this figure is stable throughout the year, there should be 70,000 to 72,000 new businesses registered this year. On average, 1,100 businesses are shut down per month, which is lower than last year’s average of 1,800,” she said.

Tags:
The Department of Business Development New Businesses Set Up