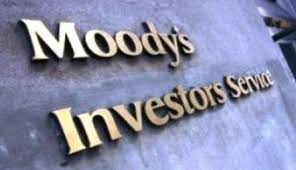 Moody’s Investors Services on Thursday changed the outlook on the Government of Thailand’s issuer ratings to positive from stable and affirmed the Baa1 issuer and senior unsecured ratings.

In its statement released on Thursday, it said the decision to change the outlook to positive reflects Moody’s view that investment in physical and human capital, in the context of a lengthening track-record of a predictable and stable macroeconomic environment, might over time boost Thailand’s competitiveness. Such developments could partially offset the drag on the country’s growth potential from gaps in human capital development and an ageing population.

Increased competitiveness would be reflected in sustained higher private investment and higher productivity. In the context of potential shifts in production location across Asia, related in part to the US-China trade dispute, a boost to the economy’s attractiveness as a place to locate production from high-quality infrastructure would benefit Thailand’s growth in the medium term.

But the effectiveness of investment in physical capital in attracting private investment and shifting the country’s production to higher value-added industries also hinges on addressing the country’s labour skills shortages. In particular, Thailand faces a shortage of highly skilled labour in areas such as next generation automobiles, software engineering and artificial intelligence, which poses risks to the government’s ability to develop manufacturing capabilities in higher value-added production. The government, in conjunction with the United Nations, is working to promote education that focuses on science, technology, engineering and mathematics, while it is also establishing vocational training institutes to enhance the development of teachers and link educational institutions to enterprises to foster human capital development. These initiatives may, over time, help boost labour skills and productivity.

Overall, Moody’s projects real GDP growth of between 3.0 per cent and 3.5 per cent in 2019-20. At these rates, Thailand’s growth will remain in line with the median for A- and Baa-rated sovereigns in the next couple of years. More effective investment in physical and human capital would boost potential growth. Longer term, effective investment in physical and human capital also offers the prospects to partially offset significant downward pressure on the economy’s growth potential from a rapidly ageing population.

Despite continued fiscal accommodation to support infrastructure investment in the next few years, Moody’s projects general government debt to remain around 35 per cent-40 per cent of GDP in 2019-20, staying around the median of 37 per cent for A-rated sovereigns and well below the 52 per cent median for Baa-rated sovereigns. Thailand’s low government debt burden provides it very high fiscal flexibility such that it can fund additional spending on addressing economic and social development needs and counter potential future shocks without weighing on its very high fiscal strength.

Proactive debt management and the very low share of foreign currency denominated debt will continue to insulate Thailand from future potential shifts in international investor sentiment, as most recently evidenced during the period of emerging market volatility in the second half of 2018. Only 1.5 per cent of outstanding government debt is in foreign currency as of April 2019 and only 17.8 per cent of outstanding local government bonds are held by non-residents as of July 2019, in both cases lower than for other similarly-rated sovereigns.