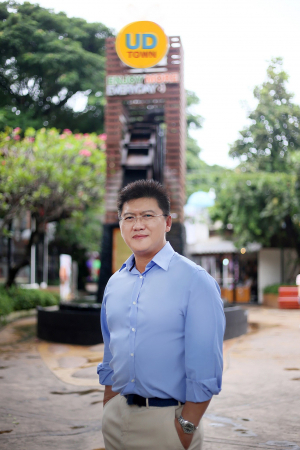 Udon Thani-based developer Udon Plaza Co Ltd plans to spend up to Bt200 million on building a boutique hotel due to open next year in the province.

The proposed investment follows the Bt800 million that the company spent last year to develop a convention and exhibition centre, the company’s chief executive officer Thanakorn Weerachatyanukul said on Wednesday.

“Our hotel will have only 80 rooms and they will be priced from around Bt2,000 to Bt5,000 per night with a focus on foreign and domestic tourists who visit the province,” he said in an interview with The Nation.

The development focus for the rest of this year is now on the hotel and it is expected to be completed in 2020.

“Together, the convention and exhibition centre and the hotel will generate income to the group and help it achieve a Bt300 million take in 2021,” he said.

“Since the soft launch of the exhibition centre in May, we hosted 50 events until the end of July, and a further 50 events are planned for the rest of this year. These events will generate income of up to Bt40 million this year, with expectations for Bt100 million in 2020.”

The convention and exhibition centre, known as Montatip Hall, is an attempt to introduce a new central business district (CBD) in the city and serve as a MICE destination in the upper part of Thailand’s northeastern region. Covering 25,000 square metres, the venue has a range of facilities, with both indoor and outdoor parking for more than 1,000 cars.

Featuring five major halls, the convention and exhibition centre will continue to be busy, with THAI FIGHT Kamchanod taking place on August 24 as its first official event, followed by the GMS Fabric Expo 2019 in October.

Thanakorn said that when the hotel is completed in 2020, the company believes that its total revenue will reach Bt300 million, with half each coming from its retail business UD Town and the new businesses in the form of the exhibition centre and the hotel.

Up to 70 per cent of the visitors to UD Town are from Udon Thani, with visitors making up the rest, including those from Laos and other foreigners.

On week days, UD Town average 12,000 visitors a day, and more than 15,000 per day on weekends. During events such as the Songkran festival or New Year celebrations, the numbers top 50,000 a day.

The average spending of customers at the shopping plaza is Bt800 per time.

“Udon Thani continues to be the central business district for the northeastern region of Thailand and offers good potential for the expansion of our business,” he said.