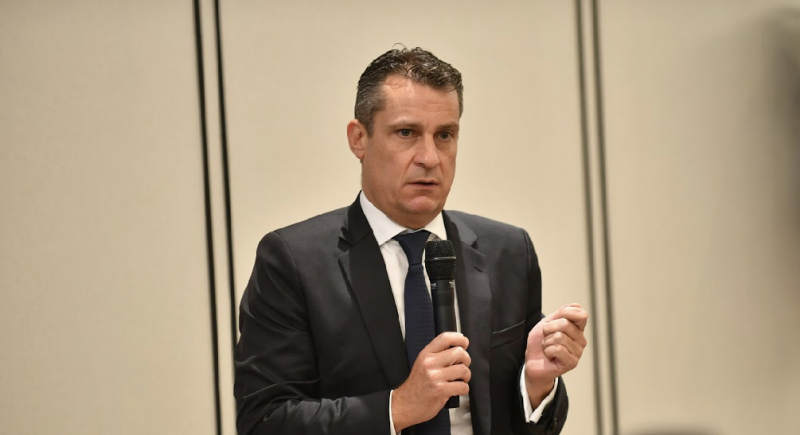 By Wichit Chaitrong
THE NATION

Despite the current economic slowdown, the number of rich people in Thailand will continue to grow at a higher rate and will boost the private banking business, according to wealth managers.

Thailand and most other Asian countries are sensitive to the volatility of global trade, as their economic growth is led by exports. The ongoing trade war between the United States and China has caused a contraction of exports and is hurting the whole economy.

Thailand's gross domestic product (GDP) expanded 4 per cent last year and it is forecast to expand 3.7 per cent this year. “Growth is here,” Magnenat said.

He said that top private bankers in Asia manage less than 20 per cent of the assets of wealthy individuals. More than 80 per cent of their assets are onshore and are under management of major local players like KBank Private Banking.

Magnenat believes that as wealthy clients get high quality services and greater access to global assets, the number of private banking clients will rise further.

Many rich people earlier invested large amounts in local assets such as equities and bonds. They also held large amounts of cash that did not deliver much returns.

The cooperation between KBank Private Banking and Lombard Odier has changed the face of private banking business in the past four years, he said.

The new generation of Thai entrepreneurs need professionals to not only help them with investment management, but also wealth planning, family financial services and family-business governance, he noted. Meanwhile, Jirawat Supornpaibul, head of Kasikornbank’s private banking group, said that Lombard Odier has special expertise in the area of family wealth management, leading to KBank Private Banking’s philosophy that "perfect wealth comes from a combination of wealth and happiness; customers can live a worry-free lifestyle by easing their concerns in the areas of maintenance and succession of wealth".

Thailand is expected to see a 26 per cent rise in the number of wealthy individuals during 2018-23. Jirawat said he expected customers of KBank Private Banking to rise 5 per cent annually. Currently it has more than 11,000 clients with assets under management of Bt760 billion.

On Friday it inaugurated its office in the Phrom Phong area, on the 42nd floor of Bhiraj Tower at EmQuartier. The new office location will offer greater convenience to customers, as it is close to many of the wealthy who live in the Sukhumvit area, Jirawat said.

Referring to market swings caused by the ongoing trade war, the two claimed this was the time for professionals who could make money in the highly volatile market.

They did not expect a recession next year and believed that central banks in many countries would cut their policy rates in order to shore up their economies.

Investment returns of their customers is about 8-9 per cent. In the first half of the year, the K-Alpha portfolio model one yielded 7.87 per cent and its model two delivered 9.25 per cent as of August 7.

Given the highly volatile global markets in recent weeks, investment returns could be lower in the rest of the year, Jirawat added.