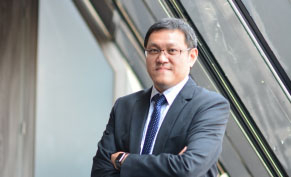 The growth was mainly derived from increasing rental and service income from transfer assets from 3 PFPOs – TFUND, TLOGIST and TGROWTH in December 2017 and acquisition of additional assets in August and December 2018, according to the company reports.

At present, FTREIT has an average occupancy rate of more than 82 per cent.

“Subsequent to the quarter ending July 19, 2019, the Board of Directors of REIT Manager approved additional investment in properties owned by Frasers Property Thailand. These properties are located in the Laem Chabang 2 and Sri Racha projects and comprise two warehouse buildings with 6 units with a net leaseable area of around 29,850 sqm and with investment value not exceeding Bt637 million. These new properties are high quality buildings and located in prime industrial and logistics areas,” he said.